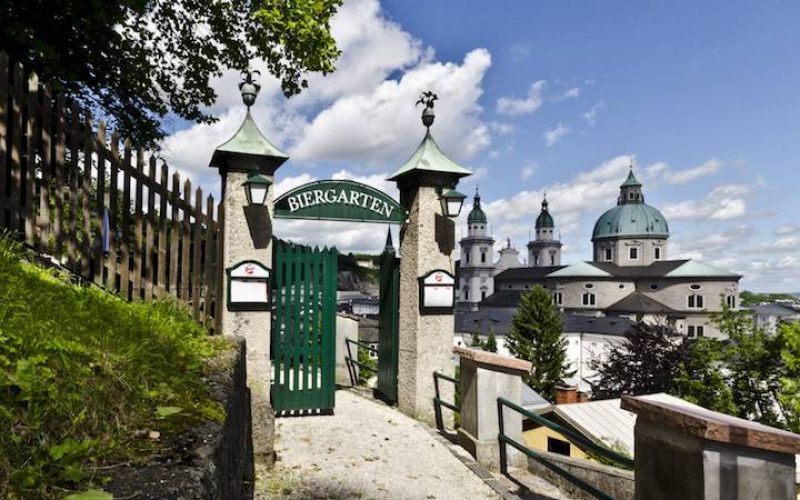 I Love People not Mountains

The title of this entry is a quote from Hubert Scheibl’s artist talk, which took place on Wednesday at Galerie 5020. Meant in jest, it was the answer to an audience question about country verses city living, and it is one of two things that I jotted into my notebook. The second snippet of noteworthy dialogue came after it was announced that the discussion would be moving from the gallery to the Stieglkeller and Scheibl joked: “The uncomfortable questions will be spoken about there.”

The concept of the bar or restaurant as the unofficial place of artistic critique and exchange lives on even as the idea of the hard drinking (usually male) artist is falling out of fashion. I have my own experiences of this: at the London university I studied at our group critiques were extremely performative; it was hard to know if people were saying what they really believed or what they thought that others – professors especially – wanted to hear. It often felt as if everyone was playing a role – the straight talking Northerner, the intellectual, the on-purpose asshole – and it was only when we were at the pub afterwards that the acts would drop and we could talk freely about what we had just seen.

Last night over spritzers and beers we talked about everything and nothing: the Kiev art scene, screen printing, the Turner Prize, female skaters, graffiti culture in Salzburg and Gerhard Richter’s Foucault pendulum. I’ve written about artists and bars before:

Since the popularisation of bohemian lifestyles in the mid 19th Century, bars have offered refuge to artists who wanted to live outside of societal conventions. After all, what better way to show that you aren’t a member of the much-ridiculed petit bourgeois than getting wasted and starting a bar-brawl? But more than just an arena to act out in, bars have historically been places for artists to meet and spend time with each other, seemingly as important to the creation of a ‘scene’ as a city’s galleries and museums.

The after-hours meeting on Wednesday reminded me that whether within the walls of the Fortress or a public house an art education is something that happens whenever artists find each other.