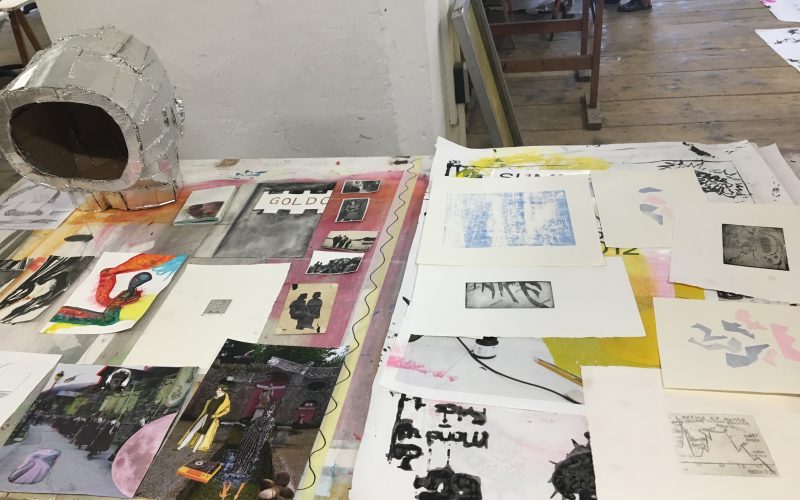 How To Fail Better

As the end of the second week approaches, and several classes are preparing for their final presentations this evening, I visited the printing class held by Ekaterina Shapiro-Obermair, which goes on for one more week. The students get to experiment with different print-making techniques, from etching to aquatint, screen printing, and woodcut, but also drawing, collage, and photography.

Through this hands-on engagement with different art-making methods, the students home in on one of the most formative questions at the heart of art production, namely the links between an image and the specific technology used to produce it.

It goes without saying that experimenting with a host of new mediums means learning by doing, and going through a series of trials and errors. Or as Samuel Beckett famously put it, “Ever Tried. Ever Failed. No Matter. Try Again. Fail Again. Fail Better.”

But what happens with all those failed attempts when they are captured in material? I was delighted to see that the class has come up with a productive alternative to simply casting away their mistakes. Rather than destroying the mistrials, they have started a collection point, which I nicknamed “the table of rejects.” Participants from all other classes are invited to leave their own unsuccessful attempts on the left-hand side, and take a misprint from the right in exchange. One man’s failure is another man’s new prized possession.

“The table of rejects” – on the left, offerings from other classes; on the right, the printing class’s mistakes.