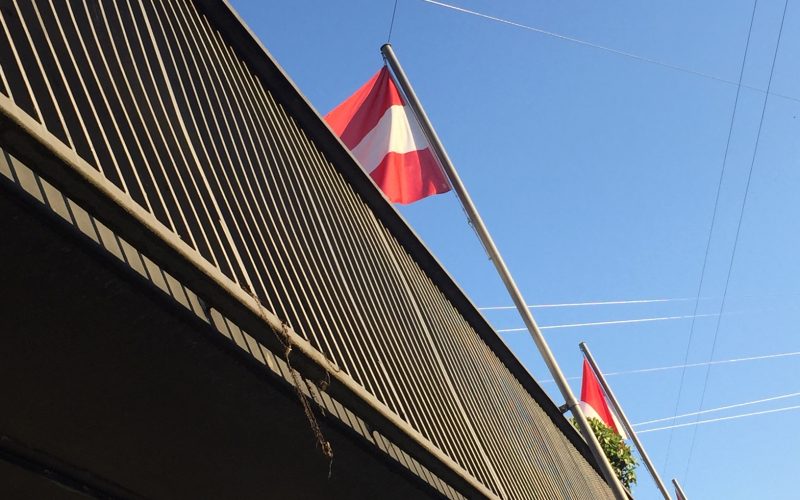 “I wish for a time when we are seen as we truly are.  For a time when we can speak for ourselves and our own identity,” is a line from Roma Armee, a comprehensive musical on the past-present time continuum of Romani* identity and beyond, performed at Gorki Theater in Berlin.

The guided tour is a potent educational method. It is used in tourism, fieldwork, and the arts to inform and rewrite narratives. The Summer Academy offers a range of artist talks but also alternative walking tours of Salzburg and its kitschy interface. There has been a rise in dark tourism, forms of tourism that show the shadow-side of the city. I joined the Rroma places in Salzburg walk. My expectations were misplaced. I thought I was signing up to see commemorative monuments, relating to Roma and Sinti in the past. Instead, we meet two locals, Alina Kugler and a representative of Salzburg’s Romani* community.

What do you show on a tour on a sensitive subject? Can a tour ever not be voyeuristic? I feel doubly as a voyeur, wearing two hats: the writer and tour participant.

We gather at Kapitelplatz which is dense with tourist traffic. The dark irony, our meeting point is under the golden ball of the Balkenhol sculpture. It shows a little wooden man on a huge sphere. It seems to be a visual manifestation of Salzburg’s gaudiness: The Salzburger Festspiele, Mozart, lacy lingerie, chocolate, Red Bull, Kombucha, postcard views, and the brand names in shop windows. An elderly woman, participating in the tour calls this place “a magic place”.

Struggling to hear amongst the loud buzz of consuming tourists and public Opera-goers, snippets of the crash course history on the Romani* people claim space. On one hand, it is a history of hardship. In Rumania, they were enslaved. In World War II, between 220,000 and 1,5 million were systematically murdered by the national socialist regime in concentration camps such as Lakenbach and Auschwitz in Europe. Medical crimes were performed on their bodies. Only about 400 survived. Only in the late eighties, was their suffering recognized as a genocide known as Porajmos or Samudaripen. To this day, governments discriminate against the Romani* for their diasporic life-style. Most often the stories of the Romani*’s rich and diverse culture of music, art, trade, oral history, and family values are not put into focus.

One of the tour guides, Alina Kugler, makes a point to underline one CANNOT speak about a homogeneous group. The Romani* is an extremely multifaceted people. Some live below the poverty line, others do not. We have the pleasure of meeting her co-guide, whose identity will remain protected and whose own life experience is up for discussion. Analog pictures of his family in front of their colorfully painted house are passed around in the group. The tour participants ask him questions about his family, how he raised his seven children, what jobs has he worked, what is his income, is his life like in the movies? Very intimate questions. Kugler has to translate Romani* to English for us. Unperturbed by our ignorance, her co-guide answers all the questions. Someone asks if he has a passport. Kugler translates. Vehemently her co-guide says yes, grabbing his back pocket as if he has been asked by the police to show his papers. Kugler assures him it was just a question. Most of us on the tour have probably never had to worry about our citizenship being questioned.

Historically, Romani* shaped our society, fighting for example in World War I. However, they have been excluded from most professions and criminalized by society. They were forced to become peddlers but also worked as blacksmiths, sharpening and repairing tools. They have been limited to begging, busking, selling newspapers or other precarious work. Some only find shelter in churches and soup kitchens in Austria. We are informed of Salzburg’s laws. It is only allowed to beg from a five-meter distance from a building — Not aggressively. It is not allowed to involve children. All monotheistic religions share the giving of alms as a belief.

The final stop on our tour is the Staatsbrücke, the state-bridge. Multiple Austrian flags adorn it. Bikes whizz past, under it, along the Salzach. Below the bridge, used to be a Romani* shelter before the government put up wire fences and took out the wooden planks that turned it into bunk-beds. Now, no crevice could ever become a home. The tour could go on, but it is time for our guide to return to his home in Salzburg, which has a curfew, and for us to return to our respective bubbles. Now we know. But can’t really understand. 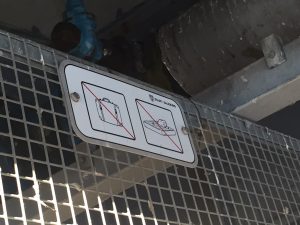 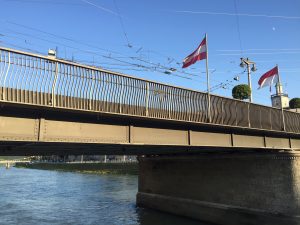 The tour is humbling for students of the Summer Academy. It makes the naked underbelly of Mozartstadt visible. Better to see it than be blind. It holds up a mirror. Your privilege is in reflective perspective for a moment. It is ugly. We as viewers are on display. A high tension line crystallizes in our perception of the everyday. Was this a band-aid for our liberal guilt? How does one learn about others without sharing experiences? It is vulnerable. It is rattling. We all felt it. It is exhausting. More homework is required. It is deeply uncomfortable.  The knowledge gap gains shape. Awareness is a step-by-step tour, one day at a time, one Q&A at a time, one webpage at a time. Still, it does not feel enough.

If you did or did not participate in the tour here are some links to some contemporary information-sites representing Romani*.

Roma Revolution is a contemporary musical on Romani* identities and beyond