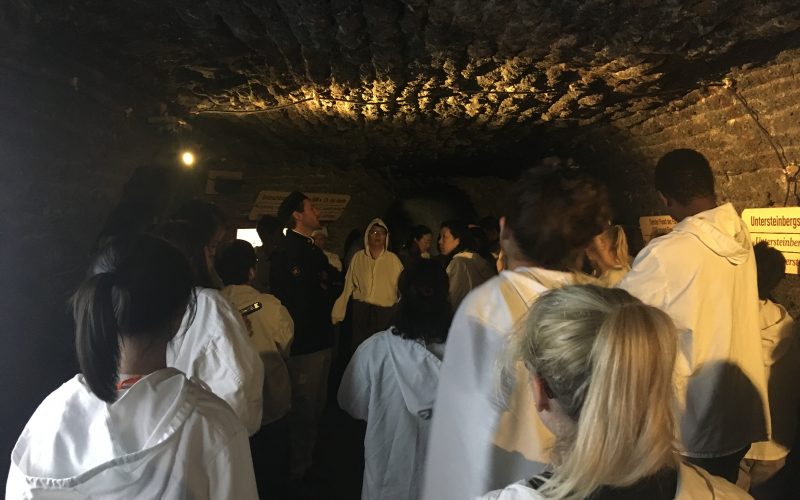 A (Critical-Theory) Trip to the Salt Mines

This past Tuesday, on the second day of their course “Hunting and Collecting,” artist Sammy Baloji and curator Lotte Arndt took their group on a field trip to the neighboring town of Hallein. I joined them on their visit to the Hallein Salt Mine, which has been worked for over 7,000 years, and to the area’s Celtic settlements.

It is thanks to this extraction of a precious mineral that the city of Salzburg (“Salt Fortress”) became a powerful, rich trading community. Baloji and Arndt’s multidisciplinary class delves precisely into this sort of invisible historical connections that exist between landscape, labor, and legend. And while both their practices focus on the post-colonial present and the persistence of underlying colonial structures (albeit in new garb) in contemporary economic systems, the salt mine, and in fact the history of Hallein itself, represent the kind of blind spots that enable and buttress certain constructed narratives, and which they tackle in artistic research-based work.

The museum in the salt mine doesn’t address such critical questions, of course. Visitors, I was told (I couldn’t enter the museum myself because I came with my dog), are rather treated to a touristic adventure for the entire family that includes going down two wooden slides, a boat trip across an underground lake, and a fun-ride on the conveyor tracks that were used to transport “white gold” out of the mine. 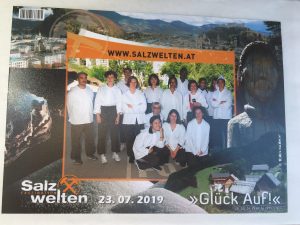 The “Hunting and Collecting” class. Image courtesy of Lotte Arndt.

After the museum visit, we climbed down the mountain from the mine to the town. The idyllic landscape and the sound of the waterfall streaming down served as a backdrop to individual spontaneous conversations among the participants about the information on the history of the mine that the museum provides, as opposed to the many omissions. Ultimately, the question is what purpose the salt mine museum should serve.

We passed an adit (a horizontal entrance to a mine) built in the 1950s, a detail that threw me off, as the mine wasn’t in operation by then, and has been functioning only as a museum since World War I. 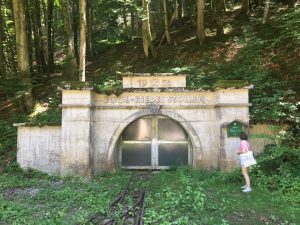 As we reached the town, the group sat down for a light lunch and conversation before visiting the Celtic museum. “The nice thing is that the discussion is really starting,” Lotte wrote to me afterwards, as I didn’t stay for this part of the day.

“What the whole thing is about, us, the museums, working together and separately, the displays… big questions and two weeks to engage with them!” Indeed. 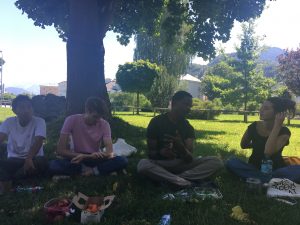 The “Hunting and Collecting” class. Image courtesy of Lotte Arndt.