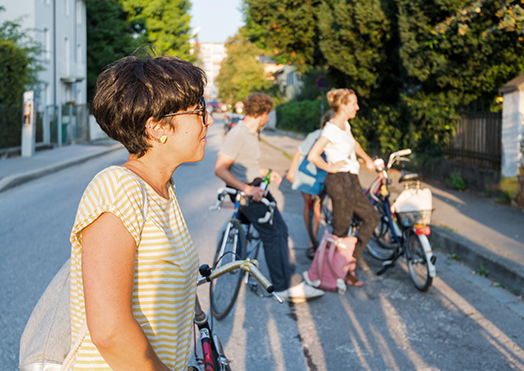 Founded in Leopoldskron Palace in 1947, the “Salzburg Seminar in American Studies” (now the Salzburg Global Seminar) pursued the so-called “Marshall Plan for the Mind”, a rebuilding initiative on an intellectual level, along the lines of the Marshall Plan (officially the European Recovery Program) in which the United States gave economic assistance to western European economies after World War II. Since its early years, the Salzburg Global Seminar has continued to develop from a transatlantic into a global organisation. In a tour of Leopoldskron Palace, Susanna Seidl-Fox will tell participants about the Salzburg Global Seminar, and particularly about the cultural branch of the institution. How did this originally American initiative come to Salzburg, how has it developed, why this location, and what are its aims?


Places of global lifestyle and activities

The 2019 Exploring Salzburg walks will take groups to places that reflect global life in the town. Even though it is temporarily filled with international visitors during the summer months, Salzburg has international communities and institutions which operate year-round, devoted to global topics and/or bringing visitors to Salzburg from around the world.

Ever since it was founded in 1953, the Summer Academy has been internationally oriented. Initially, it was only the “western” art world that participated, but over the years it has increasingly seen teachers and students coming from all over the world. So this year we are seeking out places, communities and institutions in the town where lifestyle, ideas and activities are globally oriented.