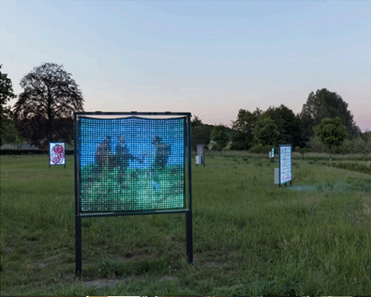 This course is intended for painters, visual artists, performance artists and musicians/sound artists. Through music, I would like to explore the culture of painting, its past and future, its relevance in our time and society. You will be expected to choose one specific painting for extensive research. You will make a reproduction of that painting (i.e. paint a fake version, photocopy, etc). The researching process will be translated into a form of poetry and song, then that painting will sing the song based on your research.

At the beginning of the course Ei Arakawa will demonstrate his research on the topic of “singing paintings”, which also includes his sculpture projects in Münster, where he has already been collaborating with Christian Naujoks, musician and co-teacher of the course. In a practical workshop, students will find out about how to engage with different strategies of music production and generating sound. http://cagrp.org/view/munster2017/ index.php?id=16242

How does music relate to art? Does a painting have a voice? Where and to whom does a painting want to speak and sing? We will explore the various ways of how paintings can be activated outside the usual exhibition wall setting – allowing the painting to perform itself. Students may work individually or in groups. We could collectively reproduce the painting, and also collectively make a song. The last step might be that the students find a location in the city or in nature, document the activity and finally make a “music video” which will be shown at the Summer Academy and uploaded.
Ei Arakawa, born in Fukushima ( JP) in 1977, lives and works in New York, NY (US). His art is always performative, and includes paintings, everyday objects, and people as his actors, as it were, with each accorded an equal footing. Music and lyrics play an important role in his installations and performances, as he draws on the artistic strategies of Fluxus, Conceptualism, and Japanese art collectives such as Gutai and Experimental Workshop. His performances are created through collaborations with various people including contemporary artists, composers and art historians.

Hamburg-based composer Christian Naujoks (b 1980 in Lübeck (DE)) is known for the striking minimalism of his rhythmic compositions, which combine influences of classical song-writing, folk music, club sounds and New Music. With the Hamburg electro label Dial, where with Peter M. Kersten (Lawrence) and Richard von der Schulenburg (RVDS) he also forms the group Sky Walking, he has released three solo albums: his untitled début and the follow-up True Life/In Flames (2012) were characterised by Naujoks’ performance on piano and marimba; his singing and his style of playing became distinctive features of their own emphatic, warm sound, located in pop and ambient. 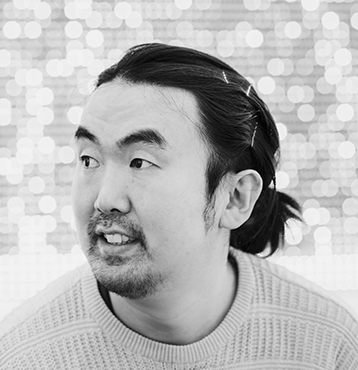