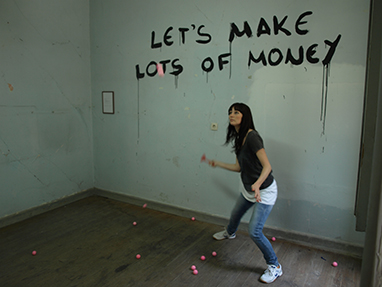 How can we “curate” together in times of a recurring hyper-corporeality? What have been the major changes in the role of the curator and the museums over the past twenty years? And most particularly, when our everyday life is lived in physical distancing due to a global pandemic? What are the changes that might be foreseen in the structure of art institutions, and in the role of curators, museum directors, art professionals of all kinds, in the new era of planetary hygiene turbulence? What kind of exhibitions or other type of projects could and should be implemented today? For whom do we curate and to whom are we accountable? Is the architectural form of the exhibition vessel still valid, especially in times like ours, where the “public space” of the streets – the major point for people’s togetherness and interconnectedness – is deserted?  What is the role of contemporary art in shaping a democratic public sphere? How can we learn from each other? Who needs us curators, anyway?

Conceived with the task of formulating as many questions as possible, the course will explore the ever-changing nature of curatorial practice within the socio-economic, political and environmental transformation of our times, and most particularly in this historic moment of planetary hygiene challenge and social distancing.  Through a series readings and conversations, participants will be invited to reflect on curatorial methodologies and challenges, as these occur in the case studies that will be presented within the online course.

The aim is to be able to formulate a set of ten core questions (in analogy to the ten commandments) which might add to the overall pursuit of the advancement of curatorial research and praxis. This “decalogue” will be visualised  and presented publicly in ways made available by the Summer Academy. This could be in the website, or physically in the Fortress. Also, if possible, this decalogue would be sent to a selected list of curators, to be answered and become a kind of public document and a syllabus for a future class. The classes will be held in daily group e-meetings and will include online seminars by teacher and/or guests, preparatory assigned readings and presentation of those by willing participants, Q& A and conversation. Private tutorials will be offered if needed. The detailed schedule will be announced ahead of the course and can be adapted according to the expectations and needs of the group. Participants may choose to work in smaller groups or collectively towards the formation of their final project/idea concerning the ten questions.

Marina Fokidis is a curator and writer based in Athens. In 2014, she was appointed Head of the Artistic Office in Athens and curatorial adviser for documenta 14. She is the founder of Kunsthalle Athena and founding director and editor-in-chief of South as a State of Mind, an arts and culture magazine.

In 2011 Fokidis was one of the curators of the 3rd Thessaloniki Biennial of Contemporary Art. She was also commissioner and curator of the Greek Pavilion at the 51. Biennale di Venezia (2003) and one of the curators of T.I.C.A.B. – Tirana International Contemporary Art Biannual 1 (2001). She was an adjunct curator at the Art Space Pythagorion – Schwarz Foundation, where she curated solo shows with newly-commissioned works by Slavs and Tatars (2013) and Nevin Aladağ (2014). From 2001 to 2008 she served as co-director of Oxymoron, a non-profit organisation in Athens dedicated to the promotion of contemporary visual art in Greece on an international level.

Fokidis has curated several shows internationally and has written for various art publications including Frieze, art-agenda, ARTINFO and Manifesta Journal. She was a jury member for various awards including the Preis der Nationalgalerie 2019, Videobrasil 2017, BES Revelação 2013 – Museu Serralves and the 2013 Furla Art Award. 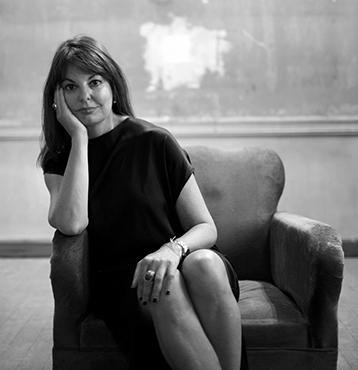