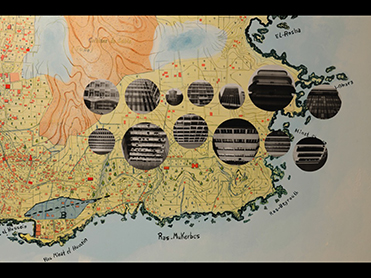 All that Is Solid Melts into Air, installation view at On Becoming Two, Beirut Art Centre, 2017, acrylic paint on wall, courtesy Antonios Chalfoun

What to bring
Laptop, camera, sound recording devices if possible

Baudelaire once said that he happened upon the words of his poems on the Paris pavements. Many 20th-century artistic movements, such as the Surrealists or the Situationists, had the city as their main object of desire/production, and nowadays a lot of artistic production is performed in the city itself – where the city is not only a backdrop, but the work itself, or part of it. During the course we will talk about these issues – about cities, images, architecture, poetry, ideas… about the wonders that are all around us (just as Baudelaire’s words were all around him). We will talk of cities in general, but also about the small city of Salzburg… Three “experts” will explain different aspects of the city and discuss them with the class. We will try to discover the city together and find meaning in small things around us – like a mythology of modern life.

This workshop aims to be cross-disciplinary and anti-specialisation, in the sense that it does not prefer one mode of artistic production to another. Participants will be encouraged to give form to their ideas and concepts using whatever is necessary – from a simple written text, to drawings and sketches, to installations or performances, because what’s important is not the form in itself, but rather the poignancy and the pertinence of the idea. The final presentation of the course will be a city walk guided by the participants, a city walk with multiple voices, where everyone (as individuals or groups) gets to present the projects which they developed during the course.

A text was produced, which you can find here!

Tony Chakar, born in Beirut in 1968, is a Lebanese architect and writer. His work incorporates literature, philosophy and theory, and has been included in numerous exhibitions internationally. His work One Hundred Thousand Solitudes (2012) is a lecture-performance, which examines images that have emerged from the Arab revolutions. Chakar shows how unlikely towns outside of the capital cities in the Middle East, once considered backward and marginal, have now emerged as creative centres of the revolt against political oppressors such as Bashar al Assad. The performance also includes an image of a protester in Tahrir Square holding a sign that reads: “From Egypt to Wall St. Don’t be afraid. Go ahead” – demonstrating that Egyptian citizens are vocal and willing to encourage their counterparts in Western democracies to voice their opposition to current representations of authority and power. Chakar contributes to art and architecture magazines, and teaches history of art and architecture at the Académie Libanaise des Beaux-Arts, University of Balamand, Beirut. 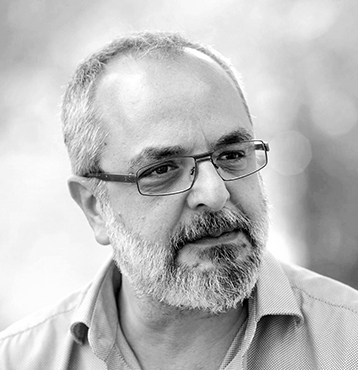