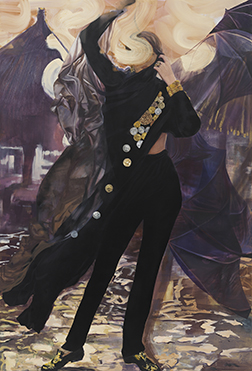 What to bring
Necessary tools and materials will be specified along with your confirmation of acceptance, and can be purchased at the Academy shop.

Painting is a pleasurable, extremely clever and ancient, communicative, foolish, intelligent, stupid, pioneering, world-changing procedure for making a study of society, and a tool for the future, says Paulina Olowska. (Der Standard, 10.07.2017)

Alchemy is an ancient science that deals with the mixing of various elements to create something new. Alchemists attempted to produce gold – an ambition many painters seek to achieve, in a figurative sense, with their painting.

In the Alchemistic painting course, Paulina Olowska combines these two approaches: the early one, mixing pigments or other elements to create something totally new, and the contemporary, a critical study of society.

The course focuses on painting in the broadest sense. If they wish, participants may learn how to produce paints – acrylic, gouache and oil paints. They can try painting murals and experiment with industrially-produced paints. There will be exercises with live models, tableaux vivants, with people (possibly also in theatrical costumes) as well as animals. Students may choose the subjects they wish to study in depth: portrait, gesture, objects, animals, or the question of how human emotions can be expressed in painting.

Group discussions will be held (also with references to art history), and individual guidance offered. A final exhibition will present results.

Paulina Olowska, born in Gdansk (PL) in 1976, studies the processes of urban transformation and social relationships in an era of growing consumerism, and is interested in the function of painting as a fictional space. Paulina Olowska’s paintings, performances, videos and installations continuously explore forgotten figures of feminism, utopian promises articulated in Modernism, shifts in cultural perspective between East and West, minor histories and popular aesthetics. Olowska has undertaken frequent collaborations with artists including Bonnie Camplin in Salty Water/What of Salty Water at Portikus, Frankfurt (DE) in 2007, and Lucy McKenzie, with whom she created the now legendary bar, Nova Popularna, in Warsaw in 2003. Olowska has exhibited internationally at Manifesta 11, Zurich 2016, Carnegie International, Pittsburgh, PA (US) 2013, Steirischer Herbst, Graz (AT), 2010, and in biennials including Berlin, 2008, Moscow and Istanbul, both 2005, and Venice (IT), 2003. 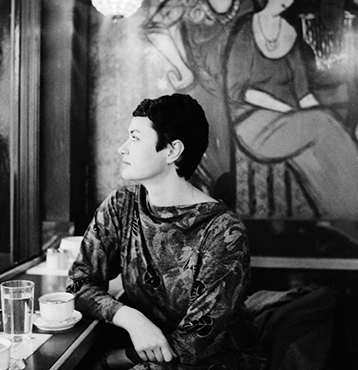