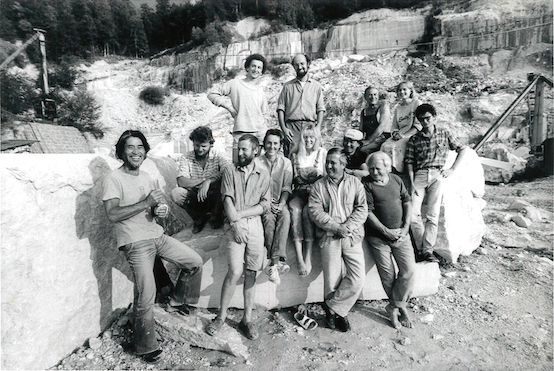 Simone Wille will take a closer look at the connectedness, intention and mission of the early years of the Salzburg International Summer Academy of Fine Arts, viewed against the backdrop of the artistic milieu of post-war Austria. Rethinking transnational space connections and geographies in motion, the international presence of artists, art practitioners and students every summer has turned Salzburg into a centre of transnational encounters. This paper will investigate whether or in what way the Salzburg experience has facilitated a renewed understanding of art production, and to what extent the transnational exchange facilitated in Salzburg can or cannot be referred to as a transcultural enterprise.
Simone Wille is an art historian. Her current research project titled Patterns of Trans-regional Trails. The materiality of art works and their place in the modern era. Bombay, Paris, Prague, Lahore, ca. 1920s to early 1950s, is funded by the Austrian Science Fund (FWF). She
has spent many years of research in Pakistan, India, Bangladesh, Iran, Italy, France, and Great Britain. Wille’s publications include her book Modern Art in Pakistan. History, Tradition, Place. New Delhi: Routledge, 2015. In 2017 she has co-organized the conference Correlating cultural and ideological positions. André Lhote, Paris, and his former international students at the İstanbul Teknik Üniversitesi and in 2018 she has co-organized the conference The Routes of Modernism. Artistic mobility, protagonists, platforms, networks at the Akademie der bildenden Künste and mumok, both Vienna. She lectures at the Universität Innsbruck and is based in Vienna.