(in the still of the night) 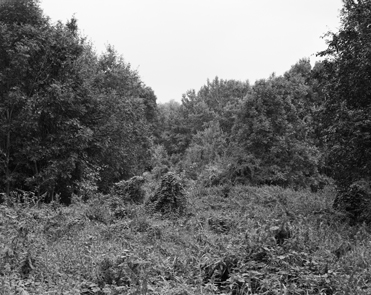 The exhibition (in the still of the night) brings together works that address questions of political power and repression, against a background of global conflicts.

In Ahlam Shibli’s Occupation (2016/17), the town of al-Khalil/Hebron is the pivotal point of a critical analysis of the now long-term state of emergency. The Palestinian artist shows confined urban spaces visibly marked by the forcible division of the town. Paradoxically, the signs of occupation and control – watch-towers, walls, fences, cameras, road blocks – seem to clear the view of the asymmetrical relations between the opposing sections of the population.

With Wüstungen (2016), Anne Heinlein and Göran Gnaudschun tell of places which, due to their location on the inner-German border, were razed to the ground, and their residents forced to “relocate”. Free treatment of the topic, using large-scale photographs, documents, conversations with contemporary witnesses and their own texts, results in an artistic form of historiography, focusing on time and memory as well as on the influence of political interests, power and repression on the individual and his/her identity.

In Control Order House (2011), British artist Edmund Clark shows an extreme form of state control. Since 2005, the British authorities have been permitted to detain suspected terrorists for an unspecified period without concrete evidence. In 2011, the artist was allowed access to a residential property used for this purpose. A photo-documentation of what he found there offers a detailed description of this special form of detention and control.

In Homesick (2014), Syrian artist Hrair Sarkissian takes a model of his parental home in Damascus as the basis for a very personal reflection on his own identity, the war, and a menacing future.