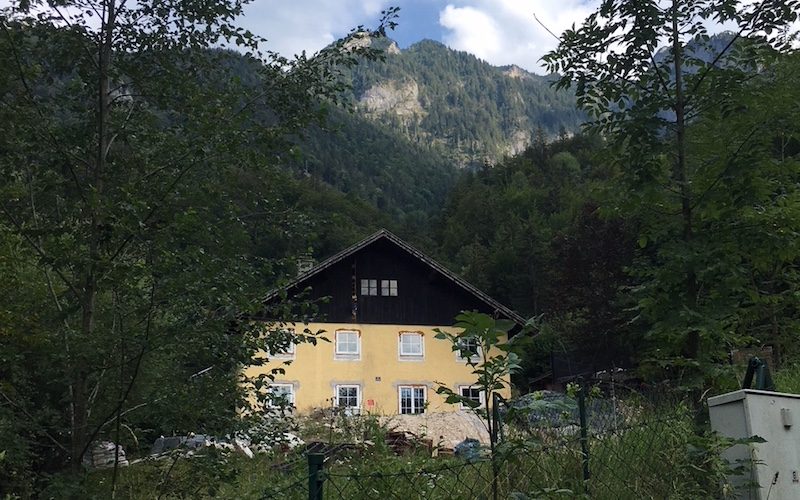 I’m from England, which means that I can enjoy continuous sunshine for no more than three days before I start to complain. The only way to cope with the heat this weekend was to take copious naps and watch videos on YouTube with the blinds drawn, but I did manage to make few forays outside. Firstly, I went to see the Gilbert and George talk (moderated by Hildegund Amanshauser) at Galerie Thaddaeus Ropac. It was a chance to see their exhibition of beard pictures, but it was also – perhaps as importantly – a chance to drink spritzers and people watch. I don’t think I’ve ever seen as many fancy people together in one building, nor as many fancy cars outside of one (Rachel and I spotted a camel-coloured convert Porsche that we spent a good ten minutes fantasizing about showing up to an opening in). It could be that they were trying to fit in with the artists, who are well known for only ever wearing suits.

They’ve considered themselves as “living sculptures” since they first met studying sculpture at Central Saint Martins. While at the university they rebelled against the formal concerns their fellow students were interested in, such as color, scale, weight and balance, which they regarded as elitist because only a small number of the public could understand these concerns, and instead turned themselves and their lives into art works. The most well known of these early performances is probably The Singing Sculpture (1969), in which they wore matching suits, painted themselves silver and sang to audiences for 8 hours straight – forever solidifying their persona as old-fashioned English gentlemen. 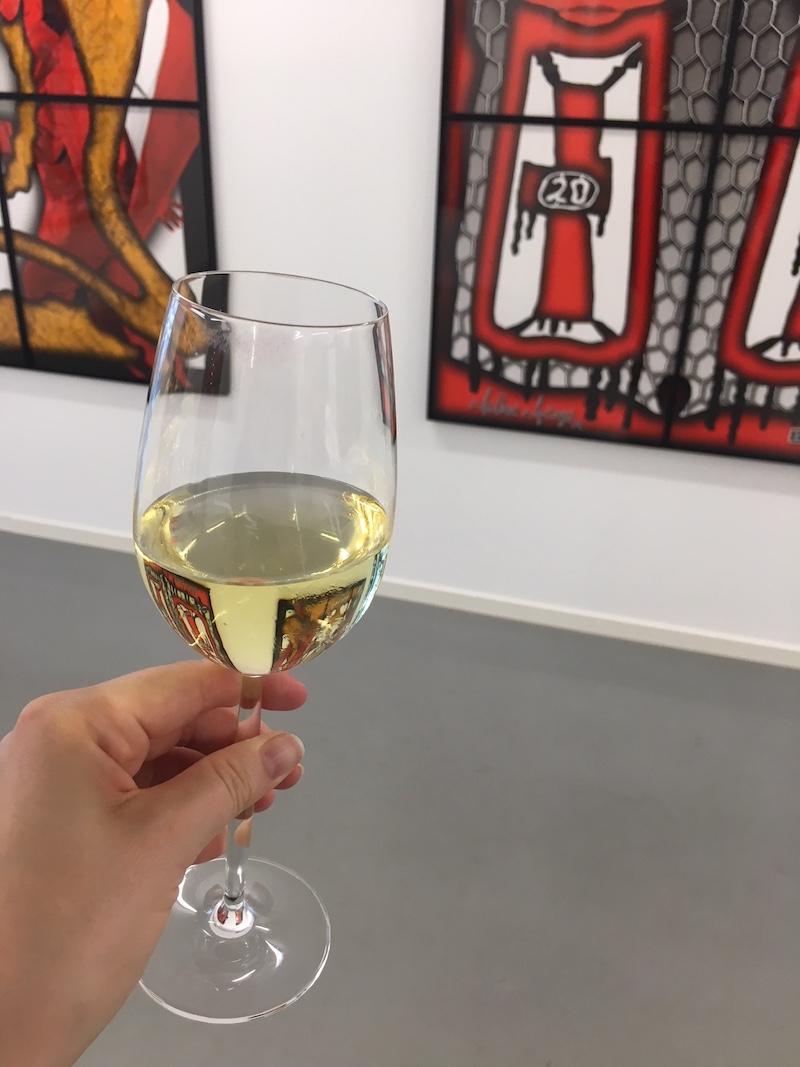 Me enjoying a glass of Austrian wine at the talk.

In the talk, Gilbert & George were as eccentric as ever – we were even treated to some singing – and I wasn’t always sure how seriously I was supposed to take some of their claims. Were we really expected to believe, for example, that two of great Britain’s most celebrated artists don’t go to the cinema, don’t see other people’s art, don’t listen to music and don’t have any friends? But I did enjoy seeing how dedicated they remain to their own views of what art making is and should be; especially the idea that they make pictures that are “required” in the world not ones that are simply “wanted”.

After this I made my way over with a group of Ei Akawara’s students to a BBQ at the quarry organised by Andreas Lolis and his students. The class focuses on working with stone and is the only course that takes place entirely outside of the fortress. It’s a really peaceful and beautiful spot – everywhere you look there are views of the mountains. There’s also something really romantic about the idea of all these slabs of marble lying around waiting to be made into art works.

The food was amazing: we had sausages, steak and roasted veggies, as well as lots of salad and the biggest bowl of hummus I’ve ever seen. The evening was by far the best one I’ve had yet in Salzburg (thanks so much to the students and Noële for organising!) and I definitely want to go back over to have a look at the progress of the students have made on their sculptures.

Welcome to all the new students of the classes that started today. I’m hoping to come by and meet some of you tomorrow, now that the first day introductions are over! 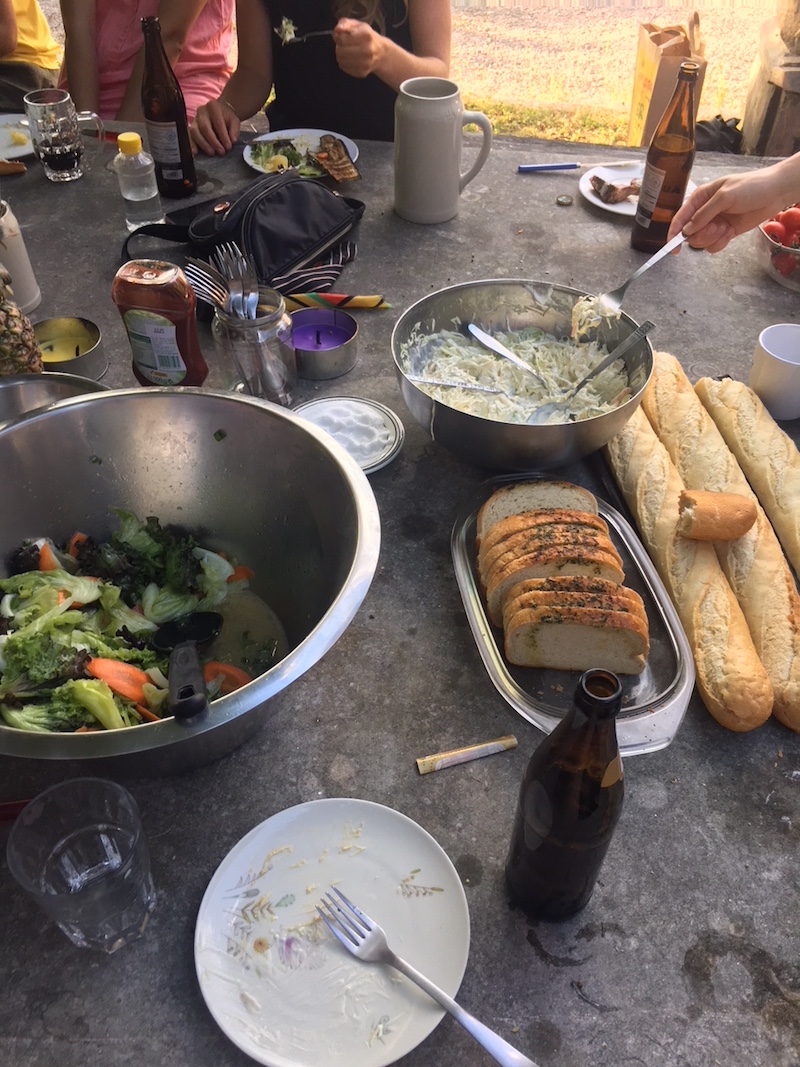 This picture gives a very poor indication of just how much food there was on offer. 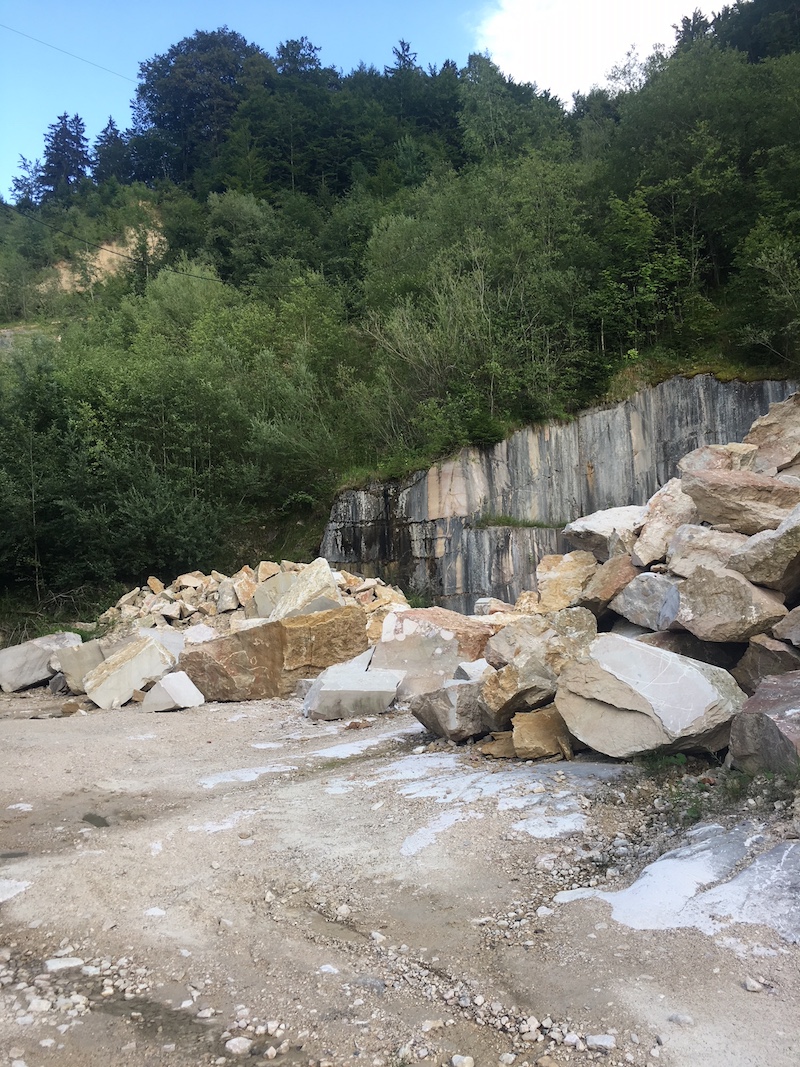 Look at all this marble just waiting to be chosen.