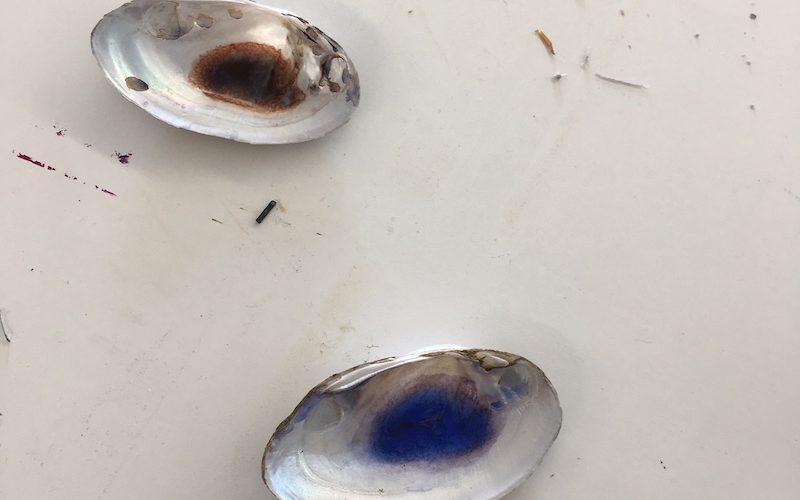 Very early on in my studies, I was working on a project where I made decorative sketchbooks based on the lives and personalities of a handful of my friends. When I proudly showed one of these books to my professor she told me that she thought some of the pages were lazy. She didn’t like the fact that I’d used paint straight out of tube instead of mixing my own colours to get, say, the perfect shade of blue to fit my project. Although it hurt in the moment, she was right – art isn’t about just doing the quickest and easiest thing, its about taking the time to get whatever it is you’re doing just right.

I had to think of this episode again this morning as I sat in on Aisha Khalid’s painting class. Aisha is a proponent of the Neo-miniature movement, which according to her biography: “started in Lahore around 1990, [and] “rehabilitates” the traditional miniature painting technique from the Moghul Empire, giving it new life by mixing it with other media and updating it to reflect a more contemporary aesthetic.” Her class, titled “Miniature Painting – technique and beyond”, is unsurprisingly very technique based, and I got to watch as she introduced her students to working with colour in their figurative miniature paintings. I saw step one, which was painting the first layer of the background, later, Aisha explained, she would show them how to add to that first layer by creating clouds – and that’s before they even get on to painting the figures themselves. Making miniture paintings looked very very demanding not only on your time but also on your body. Instead of using easels, everyone had paper taped onto a wooden board so that it was possible to sit on comfortable cushions and lean the board onto your knees in order to work.

Aisha showed her students what she wanted them to do by mixing colours in front of them, while also pointing to examples in her own work and from an amazing book called Painting for the Mughal Empire. The backgrounds in miniature paintings were traditionally used to represent the time of day and/or the mood. For instance, bright yellow was often used to represent the strong daylight sun of the locations where these paintings were made. (The Mughal Empire was the second largest empire to have existed in the Indian subcontinent.) One thing she stressed to her students (as my professor had stressed to me) was never to use the colours straight out of the watercolour palette so that the paintings don’t look cartoonish or like illustrations from children’s books. Instead, she showed students how to make more “mature colours”, in this case a beautiful sea-green, by mixing blue and green with a dash of red.

That’s all for now but don’t forget that Aisha has an artist talk tonight at 7pm at Galerie 5020! 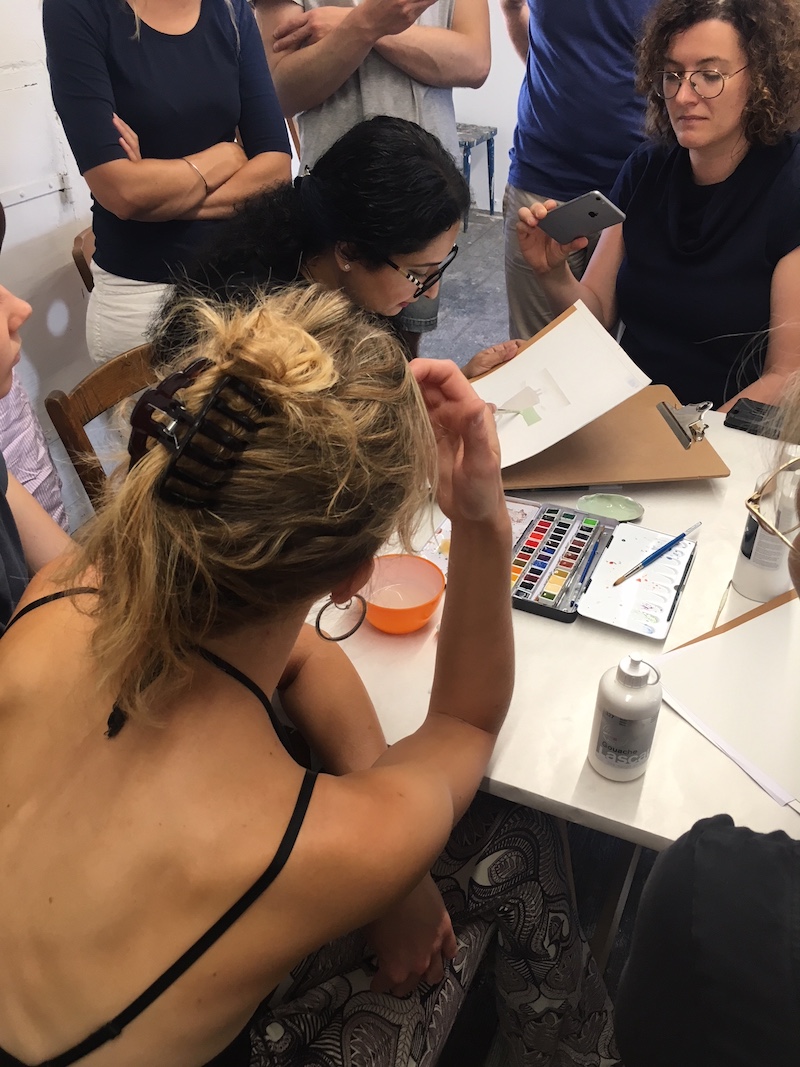 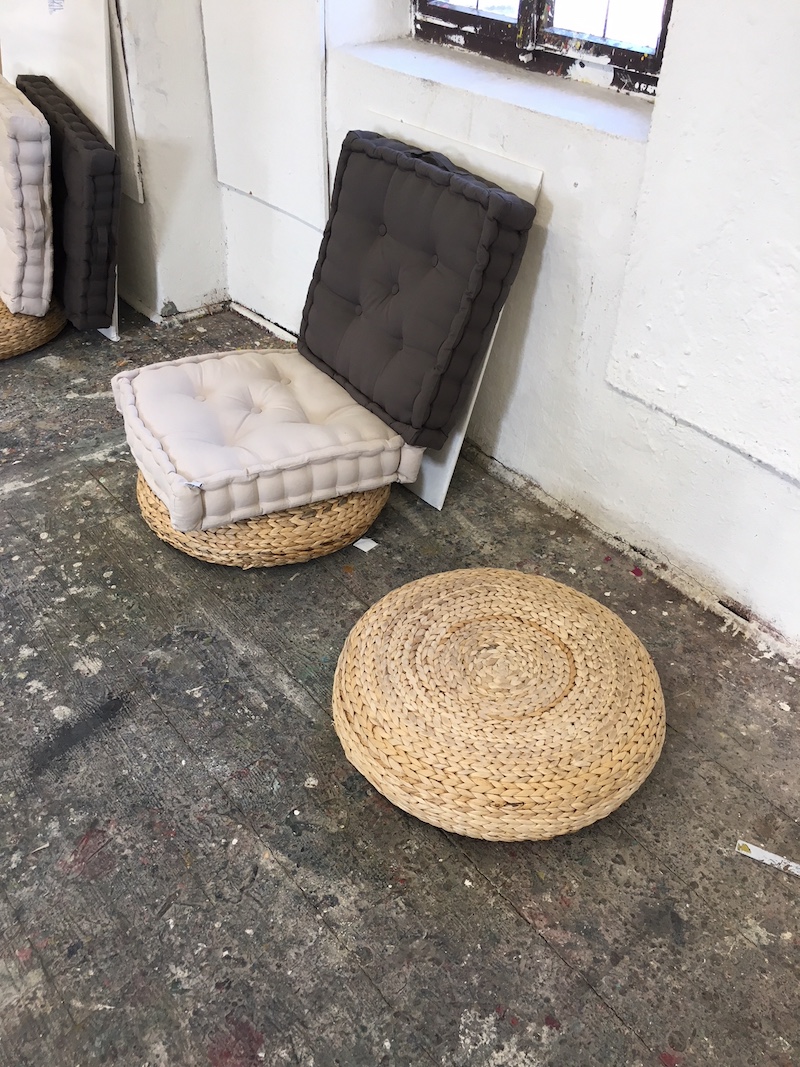 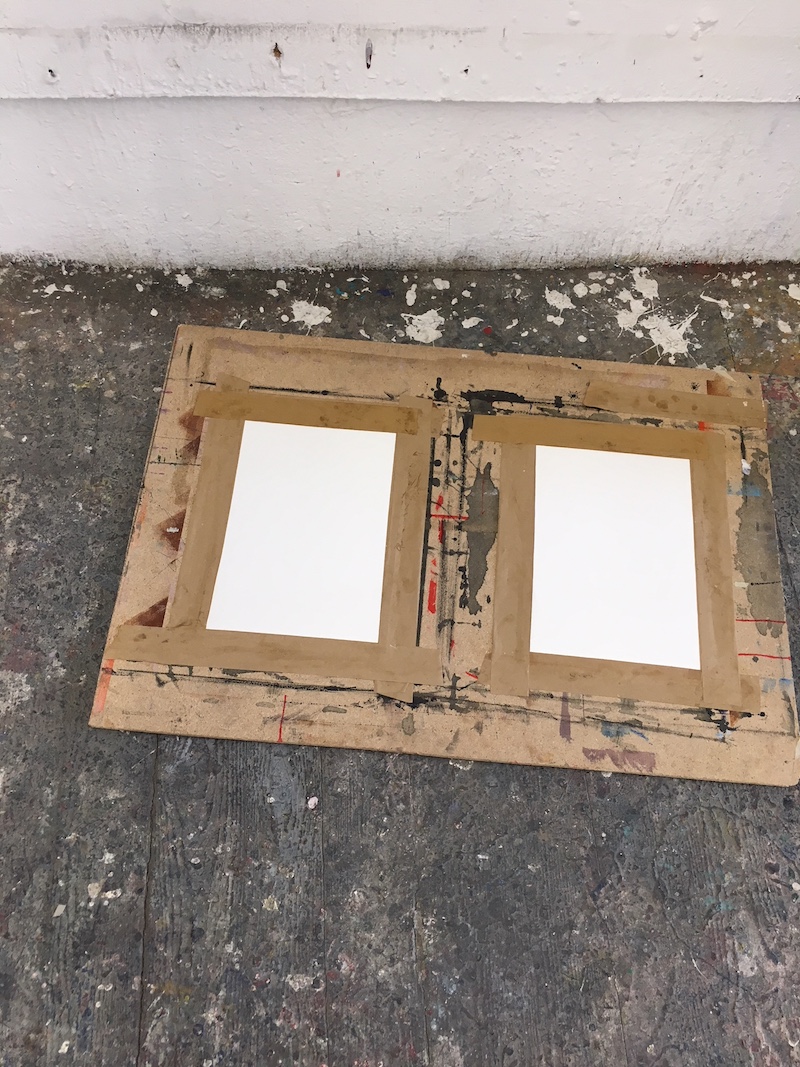