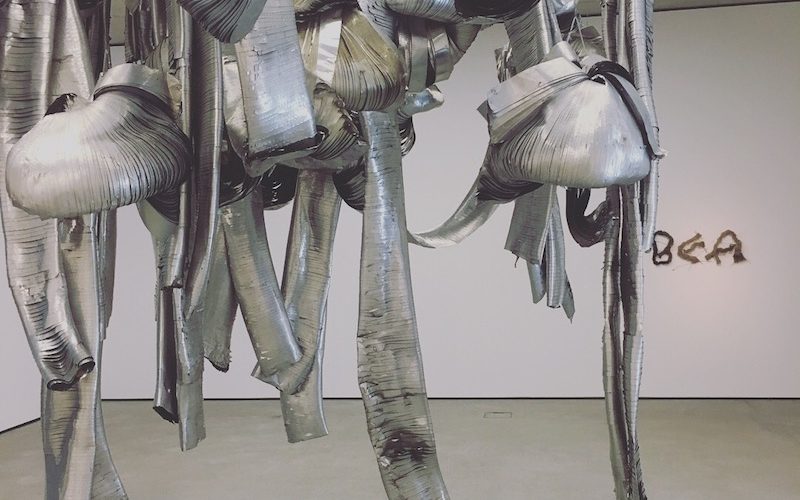 In need of a relaxing morning before what will most likely be a long evening of art followed by dancing (or so i’ve been promised by certain members of the technical staff), I went to go and meet one of the curators at Museum der Moderne Salzburg and had a tour of the Marisa Merz retrospective. Now ninety-two years old, Merz was one of the key protagonists of the Italian avant-garde art movement Arte Povera (poor art), which started in the late-1960s. Together with her husband Mario Merz and artists like Jannis Kounellis and Luciano Fabro, Merz rejected using bronze, gold and marble in favour of common materials, such as soil, glass and twigs.

I travelled to Turin a few months ago to visit the Merz foundation’s current exhibition on Mario Merz and interview the couple’s only daughter, Beatrice, for AnOther Magazine – but I didn’t know very much about Marisa Merz’s work before visiting the Salzburg show. She came on to the scene in the mid-’60s with Living Sculpture, which was made from sheets of aluminium stapled together by hand in the artist’s kitchen and is displayed at the Museum der Moderne hung from the ceiling. This way of creating work was typical of Merz’s approach: she’s been living and working in the same Turin apartment (which she shared with Mario Merz until his death in 2000) for the whole of her adult life. For Marisa, there really was no separation between work and life – you can literally still see the grime left on the sections of sculpture that were displayed in her family kitchen.

Merz also didn’t see a separation between her role as an artist and as a mother; many of her early works were inspired by her daughter, such as Bea (1968), which spells out Beatrice’s childhood nickname in nylon and knitting needles and two untitled knitted shoes made from copper, which she made for mother and daughter. Later in life Merz could no longer physically manage making certain series so from around 2000 she has concentrated on large scale figurative paintings of women’s faces, which she makes without preliminary sketches, preferring to paint directly onto paper.

With the open studio starting in a matter of minutes that’s all from me for now, but I wish you all a lovely weekend and don’t forget that you can see the Marisa Merz exhibition for free with your Salzburg Summer Academy ID. 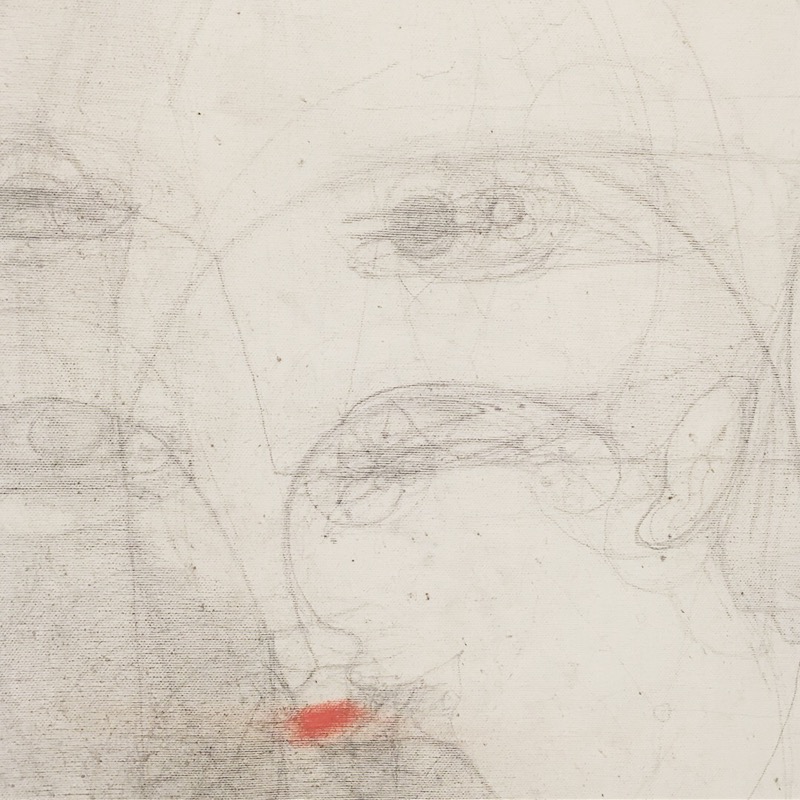 Untitled, graphite and lipstick on canvas 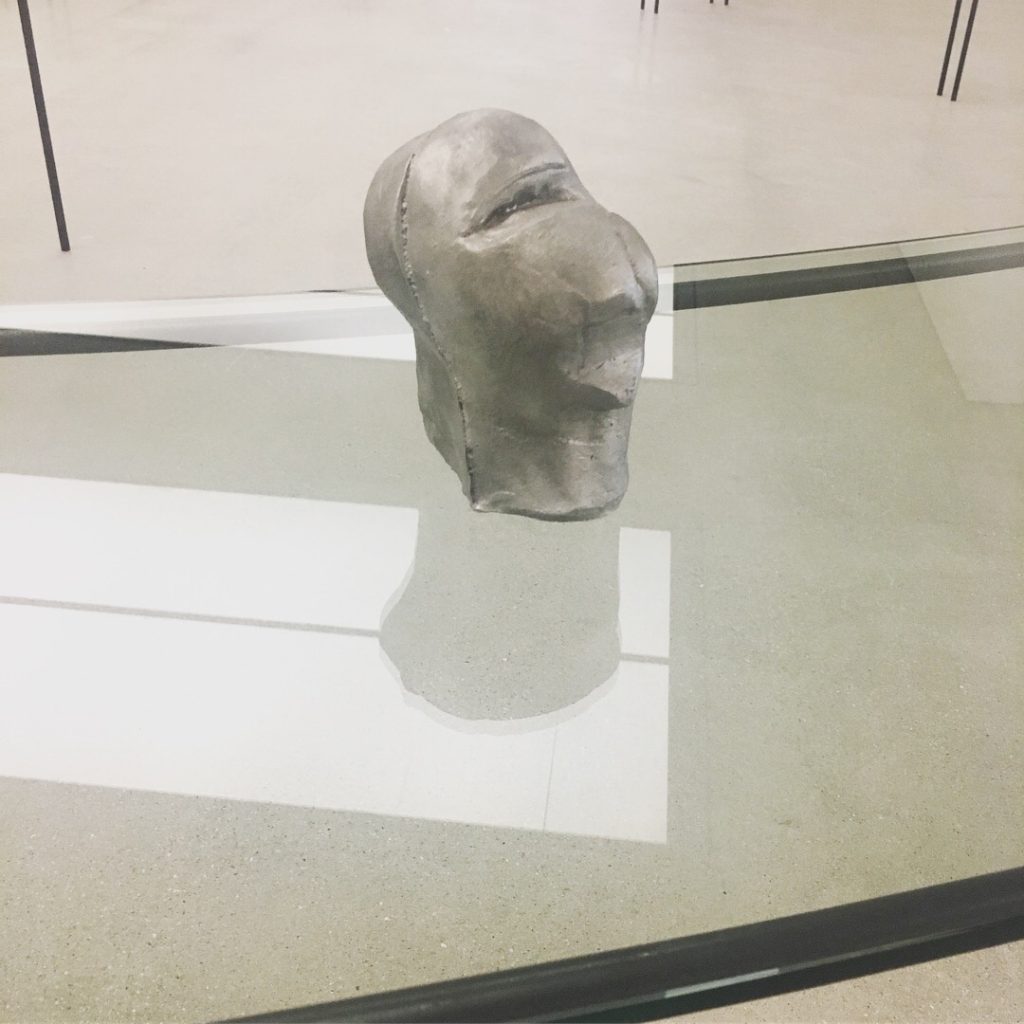