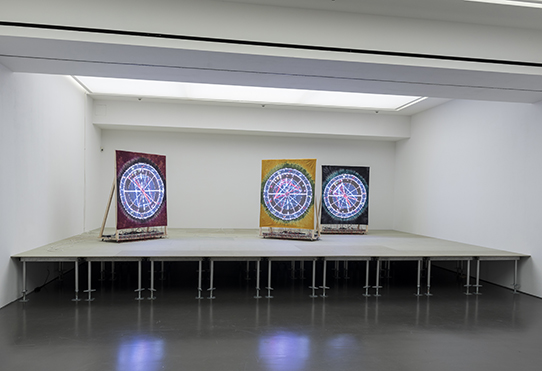 What to bring
Bring any “magic” materials. Whatever constitutes magic for you. It could be a particular object or set of tools that you want to work with. You can bring objects that are somehow personally significant (magical) to you, or working with the tools in a performance/ritual etc. You should also bring a PDF of some texts that are related to your “magic”.

This course is intended for all kinds of artists, such as painters, sculptors, conceptual artists, new media artists, performance artists and sound artists. What we call “the magic” are esoteric knowledge systems (e.g. astrology/tarot), supernatural phenomena, pre-modern rituals, and illusions, but this does not mean that we delusionally exclude science and Western modernity. By mixing the magic and the modern perspective, we critique the condition of our contemporary society. How to animate inanimate objects? How can everyday rituals be magic? What is a non-ritualistic ritual? How do we form a temporal community? How can we deal with time moving backwards and forwards? How can art be magic? How can non-Western knowledge systems translate into a wider context? Where does Conceptualism meet the magic? Where does psychology meet the magic? How to WeChat? How to airdrop? How to drive without a driver?

At the beginning of the course, Ei Arakawa and Sarah Chow will demonstrate their research on the topic of “contemporary art and magic”. We may look into artists such as Jack Smith, Stuart Sherman, Mike Kelly, Ana Mendieta, Gutai, Rei Naito, Hélio Oiticica, Charlotte Posenenske, Trisha Donnelly, Maryanne Amacher. We will also conduct a blind-date-style astrology performance. Participants will prepare some “magic” and create individual artworks that we will develop together in class. At the end of the course, we will present these artworks both in class and outdoors in Hohensalzburg Fortress, or in another public space.

Ei Arakawa, born in Fukushima ( JP) in 1977, lives and works in New York, NY (US). His art is always performative, and includes paintings, everyday objects, and people as his actors, as it were, with each accorded an equal footing. Music and lyrics play an important role in his installations and performances, as he draws on the artistic strategies of Fluxus, Conceptualism, and Japanese art collectives such as Gutai and Experimental Workshop. His performances are created through collaborations with various people including contemporary artists, composers and art historians.

Sarah Chow, born in Los Angeles, CA, in 1988, is an artist based in New York, NY. Chow’s work focuses on sculpture and video derived from digital language structures. Her work has been included in exhibitions at Overduin & Co. in Los Angeles, Kunstverein Düsseldorf, Rupert in Vilnius, Liverpool Biennial, Manila Institute in New York, Real Fine Arts in New York, and Iko Iko in Los Angeles. Chow has participated in several performances with Ei Arakawa and Christian Naujoks. Chow studied at New York University and received her graduate degree from Bard College in New York. 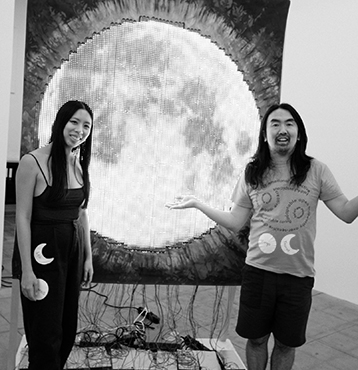