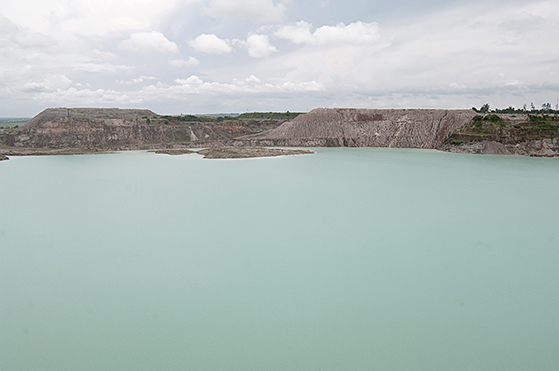 How is history reflected in landscape? How does an object give evidence of its own transformations, and how do these become visible? Sammy Baloji’s exhibition in Salzburg enquires how history is inscribed in artefacts and landscapes.

The exhibition shows traces left by mining in the province of Katanga, rich in raw materials, in the Democratic Republic of Congo. Starting from the exploitation of natural resources in this region, Baloji examines processes of abstraction and transformation. Geological maps become abstract compositions when separated from their legends. The habit of a mineral is no longer recognisable in its geometric form. Photographs of rugged landscapes give only an indirect suggestion of human bodies that have laboured there. Even copper shell casings can be unresistingly turned to decorative account as flower vases. Thus the historical living conditions and work processes in the mining region are rendered invisible. The power exerted by global value-chains, operative here, is lost in perfectly alluring images and objects that negate their origin.

The traces of mining in Salzburg are still clearly evident in the landscape and in the wealth of the town – though quite differently from those left in Katanga. Without suggesting direct parallels, the exhibition invites the viewer to take a close look at landscapes, and asks how images and objects operate as bearers of testimony.

Sammy Baloji was born and raised in Lubumbashi (CD). Apart from his work as an artist he is a co-founder of the Picha Encounters Biennale in Lubumbashi.

Lotte Arndt is a writer and curator. She accompanies the work of artists who critically interrogate the postcolonial present and the blind spots of modernity.

Sammy Baloji, born in 1978, was raised in Lubumbashi (CD), a centre of colonial, post-colonial and contemporary entanglements related to resources. Colliding reality and representation, his photography and multimedia installations expose tensions between past and present. He mines the archive, traces social history in architecture and landscape, and probes the body as a site of memory and witness to operations of power. He is co-founder of the Picha Encounters, the Biennale in Lubumbashi.

Writer and curator Lotte Arndt (Paris) accompanies the work of artists who critically interrogate the postcolonial present and the blind spots of modernity, and co-organizes cultural programmes, screenings and discussions. She co-curated Candice Lin: A Hard White Body (2017, with Lucas Morin at Bétonsalon, Paris, and 2018 at Portikus, Frankfurt/Main, with Philippe Pirotte); Tampered Emotions. Lust for Dust, Triangle France ( June 2018); One Sentence Exhibition, Kadist (August 2018); and worked on the research programme The Vacation of the Museum. Decolonize Ethnographic Collections with Cinema (2016–2018). Her PhD is dedicated to postcolonial negotiations in Paris-based cultural magazines related to Africa (2013). She is a member of the artists’ and writers’ group Ruser l’image and the research group Global Art Prospective (INHA Paris), and publishes on artistic strategies that aim to subvert Eurocentric narratives and institutions. 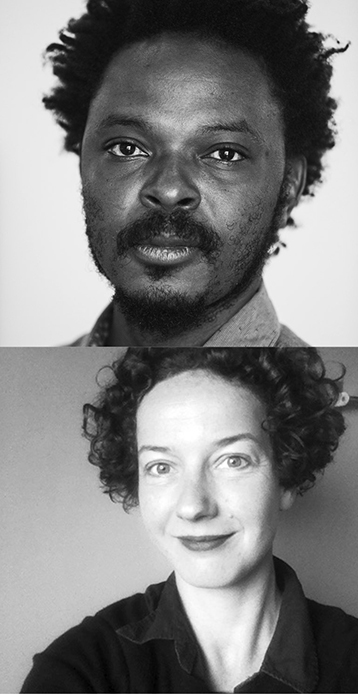