Expedition for Four Hands and Accompaniment, 2019, detail of projection. Photo: courtesy of artist

Participation
Either Fortress Hohensalzburg (on site) or online*

What to bring
Laptop/tablet with camera and microphone, camera or mobile phone, tripod (if available), headphones, personal working materials, portfolio.

Requirements
Basic skills in video and photography (editing in Premiere, Final Cut or other) and readiness for experience in art-making and improvisation.

How far can artistic practice, its prerequisites/aftermaths, be a driver for reconnecting with life in our earnestly transforming times? What can artists do in all-embracing uncertainty and social insecurity? Within the limited art playground, the artist as a political individual is a prerogative in search for strategies and forms. They can express insistent questions of social/personal survival in the reality of the global world, fighting acute problems and old spectres protruding in places of local crises.

The course offers artistic practice in the media of video, performance, photography and their overlaps. Material objects of all kinds, found footage and other artistic resources brought in by students are also welcome.

Students will improve basic skills/approaches in creating moving image/event – addressing framing and gaze, timing and rhythm, spatial context and sound. The next step is to concentrate on using objects and body in movement as a means of expression, on the dramaturgy of the  linear/non-linear, multi-channelled video piece, and more. Embodiment, event and motion, image and multiple/volatile identity, queering strategies and visual poetry will become focal points.

While working on their projects, students will have the opportunity to meet in a group to become acquainted with examples of contemporary art and perspectives of art-making as agency and urgency in re-articulating, re-enacting and re-thinking our reality, eventually leading to impromptu cooperative work.

*If necessary, the course may be held exclusively online.


Anna Daučíková's artistic practice encompasses a range of media, from painting and drawing to photography, performance, installation and moving image. Alongside her artistic work she is also a co-founder and activist in several women and queer NGOs and at the end of the '90s she became a spokesperson for LGBT rights in Slovakia.

Starting originally as a glass designer, Daučíková spent more than a decade living in Moscow (then USSR) in the 1980s, a period that significantly affected her artistic work. During the 1990s she joined feminist magazine Aspekt in Bratislava, and in co-operation with other female artists (Christina Della Giustina, Eva Filová) she explored feminist approaches in the medium of performance at a number of festivals.

During recent decades, video-making became predominant, together with her long-term teaching experience at several art academies. After exploring potentials of queering desire and non-normative sexuality, her focus turned towards video essay, including social themes such as poverty, post-Soviet trauma and memory. Last year's video works convey queer statements involving the artist's own body and bodily action accompanied by voiceover narrative. 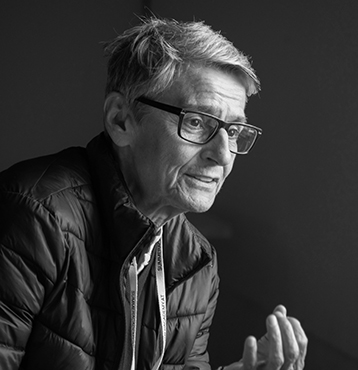