Participation
Either Fortress Hohensalzburg (on site) or online*

What to bring
Laptop/tablet with camera and microphone, camera or mobile phone, personal working materials, portfolio.

Historiography is a continuous process. For an image to be classified iconographically, it needs to be placed in its historical context. Thus, the examination of an image, or any form of representation, means to know the circumstances of its origin.

Art cannot be created independently of or uninfluenced by its circumstances; self-evident as that may be for the retrospective consideration of art, just as it is self-evidently valid for the immediate present. We are in a moment of history where recognising facts and truths has to be defended arduously against arbitrary and unfounded assertions. For art (or the artist), this likewise entails orientation, classification and positioning within the multiplicity of icons, images and representations.

Students in this course consider the relation of history and its critical analysis of the present dynamics. In particular, they learn what role art and culture can assume in different contexts and what imputations and abuses it has to guard. In group and one-to-one discussions, we will discuss students' formal and thematic approaches.

On the one hand, the course aims to find out what meaning contemporary art positions entail and, on the other, to enable participants to develop methods for establishing, classifying and maintaining such a positioning more clearly.

*If necessary, the course may be held exclusively online.

Leon Kahane was born in East Berlin in 1985. The hermetically sealed GDR of his early childhood no longer exists. Kahane's grandparents grew up in Berlin in the 1920s and '30s. As Jews, they had to flee from the pogrom and gassing, but resisted and fought in the French resistance. After the war, they returned to the Soviet occupation zone. Although the GDR was founded on the idea of anti-fascism, Kahane's family was confronted with the resentment of a successor society deeply rooted in National Socialist culture.

Kahane's background is in film and photography. His artistic references are biographical as well as current political debates and dynamics. Especially their socio-cultural situatedness is central to his artistic approach, which is a form of cultural critique.

Education
2018 Founding of the Forum Democratic Culture and Contemporary Art
2014 Residency in Hong Kong
2011–14 Assistant to Hito Steyerl
2010 Assistant to Wolfgang Tillmans
2010 (ongoing) Student at the University of the Arts, Visual Arts faculty, Berlin
2007–10 Photographic studies at Ostkreuzschule in Berlin. 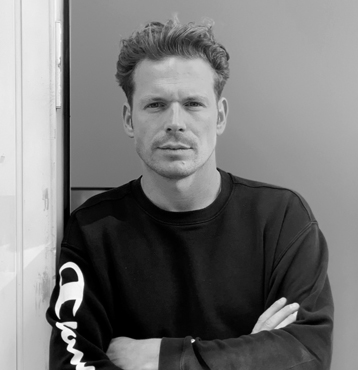