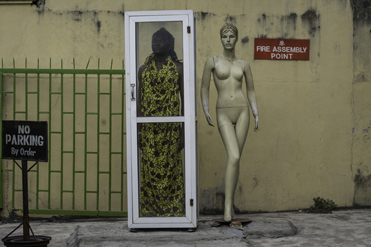 The Fire Assembly, from the series: Exploring a Void, 2015

Drawing from personal experiences accumulated from over a decade of constant negotiation of borders, and using his personal works and experiences from the Invisible Borders Trans-African Project as cues, Emeka Okereke will speak about borders and the interstitial spaces in them. Specifically, his contribution will focus on the role of the body as a denominator, an object of useful agitation, or an active-thinking entity – imbued with intuition, memory, history, language, appearance, and not least, inscribed violence – in the negotiation, or better still, disruption of notions of space, time and imposed cartographies. Furthermore, he will touch on, and draw analogies from, positions by such compelling thinkers as Frantz Fanon, T.J. Demos, Achille Mbembe, bell hooks, Walter D. Mignolo, Édouard Glissant, Homi K. Bhabha, John Berger and Chinua Achebe in discussing this “in-between space” as a site for the posisble exploration and nurturing of new forms of knowledge, new thought-logics, new ways of being that take “epistemic disobedience” and “de-colonial options” as underlying concepts. The overarching aim is to encourage conversations about differences in a world of rising nationalist and populist sentiments that seek, at every turn, to fuel the reinforcement of borders while threatening the fluidity of human relations.

Nigerian visual artist and writer Emeka Okereke, born in 1980, lives and works in Lagos and Berlin, frequently moving between them. He came into contact with photography in 2001, and was a member of the renowned Nigerian photography collective, Depth of Field (DOF). He has a Bachelors/Masters degree from the National Fine Art School of Paris. His work currently oscillates among diverse media. He employs mainly photography, time-based medium of video, poetry and performative interventions in the exploration of the central theme of “borders”. His works grapple with questions of exchange and co-existence in the context of various socio-cultural confluences. He is the founder and artistic director of Invisible Borders: The Trans-African Project. In 2003, he won the Photographer Award of the AFAA “Afrique en Création” in the 5th edition of the Bamako Photo Festival of photography. His work was exhibited at the 56th Biennale di Venezia under the Invisible Borders space-installation: A Trans-African Worldspace, which he also curated. Emeka Okereke has been guest lecturer in several art platforms and learning institutions, the most recent being the MFA Photography of Hartford University, Connecticut, CT (US). 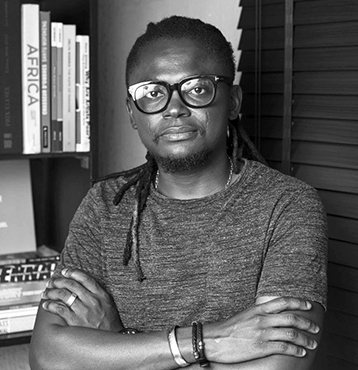