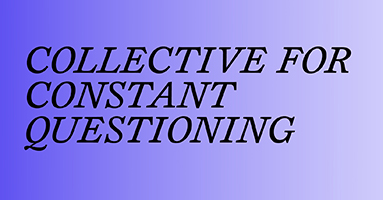 Collective for Constant Questioning (CCQ) departs from a collectively assembled set of rhetorical questions about curatorial and art practices that result from a course of Marina Fokidis during last year’s Summer Academy. Inspired by this intensive week spent together in August 2020, some of the participants decided to found CCQ in order to propose these questions towards curators, artists, and researchers as a methodology to create a public platform for conversation, critique, research, reflexivity, and action.

This year, the Collective will present its public platform and what has happened since it’s foundation. Its members will introduce the idea, methodology and website, followed by Q&A, moderated by Marina Fokidis. As an ongoing project, CCQ centres questioning as a methodology for deconstructive agency of questioning, as long as this is considered as a starting point in constituting alternatives. What is it to constantly question, if not to incline towards that which is questioned? What is it to operate as a collective, if not to question each other with openness and curiosity, and with understanding as the primary aim?

CCQ strives to become a source to learn from and think with; a place to shake off old routines by instilling the habit of constant questioning. 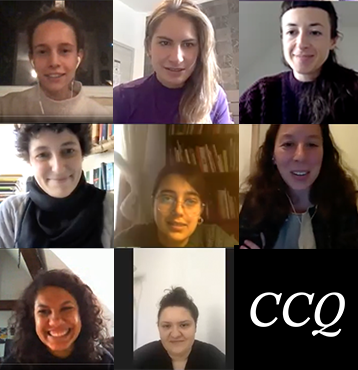