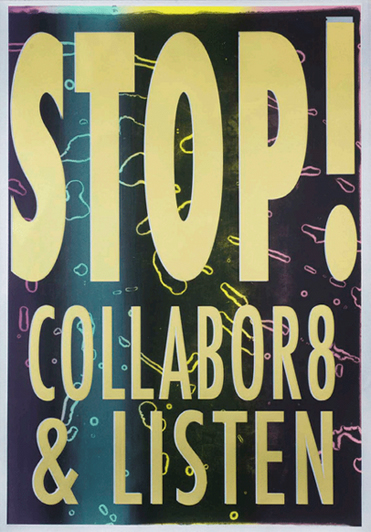 What to bring
Sketchbook. Camera and laptop if you can. Other materials can be found, or purchased in the Academy shop.

Requirements
No knowledge of printmaking is necessary. You must be willing to work in a group situation.

The aim of this course is to provide a forum for sharing thoughts, influences and approaches through an intensive period of working alongside one another. We will explore the collaborative potential of printmaking and will work together to create an experimental print studio for the production of new art and ideas.

Over the course of three weeks, our studio will be used to pursue both individual and collective approaches. An introduction to mono-printing and screen-printing techniques will form a basis for an explorative approach to print, and we will devise alternative printing processes of our own making. Hands-on production will be complemented by regular group discussion to give us an opportunity to share material that matters to each of us. What matters to you? How is it reflected in how you live, what you make, who you associate with? What do you promote? What do you refuse? What do you question? Are you heard? Do you want to be heard?

We will discuss these and other questions, and reflect upon topics ranging from the history of print to the dissemination of knowledge, social and political activism and art.

Ciara Phillips works with the processes, structures and histories of printmaking to create large-scale installations. Her artwork draws upon the medium’s relationship to the dissemination of information, and she works both alone and in collaboration with others to address questions around what we share, what we don’t, with whom, how, why and with what effect. The work of artists’ collectives such as See Red Women’s Workshop, Chicago Women’s Graphics Collective and Group Material are important influences, and she often makes reference to the screenprints and teaching methodologies of Corita Kent, an American artist, educator and advocate for social justice. In an ongoing project entitled Workshop, Phillips turns gallery spaces into screen-printing studios in which she invites others to collaborate with her on making new prints in situ. Workshop transforms exhibition spaces into places of simultaneous production and display. 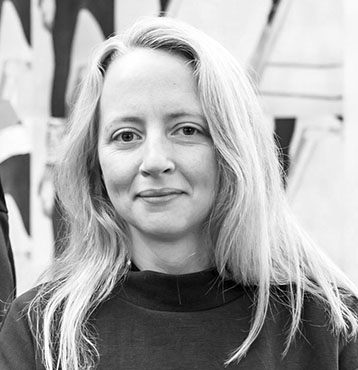