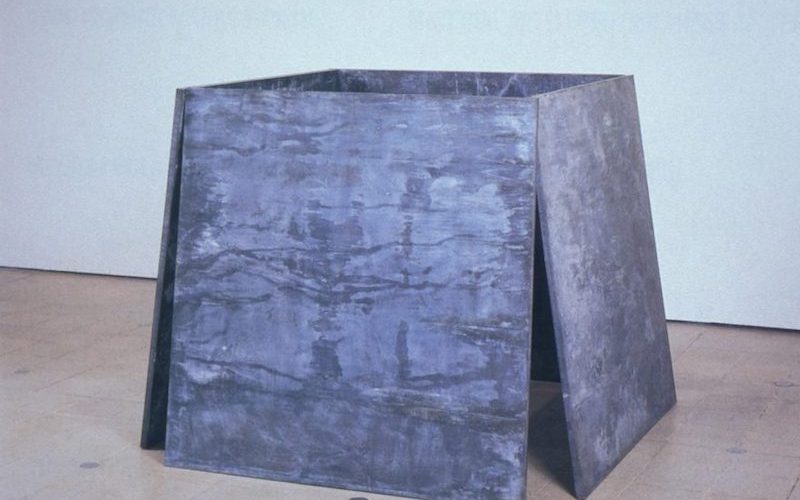 I wanted to continue yesterday’s post on influences by telling you about my favourite piece of sculpture. I can’t remember when it was exactly, but one day I was wondering idly about what artists who are known for big public sculptures – people like Dan Graham and Richard Serra – used to do before they had access to the kind of money that their work demands. I took a fat monograph of Serra’s work out of the library and discovered that when he was younger he pretty much did what he did now, great big, hulking structures made of untreated sheet-metal, except much smaller.

One object, from 1969, really stood out to me. It consisted of four pieces of metal leaning against each other to look like a house of cards, named simply One Ton Prop (House of Cards). Like many of Serra’s later works it focuses on gravity and balance. It’s maybe not the most exciting or attention-grabbing works of art, but I love One Ton Prop… because it represents for me the most reduced form of what a sculpture can be. There’s no glue, no nails, no hinges – nothing to keep it standing other than the parts of the sculpture itself. It’s beautiful, yet dangerous; at any time it could collapse.

Read below for a short text I wrote some time ago that was inspired by the sculptures of Richard Serra. 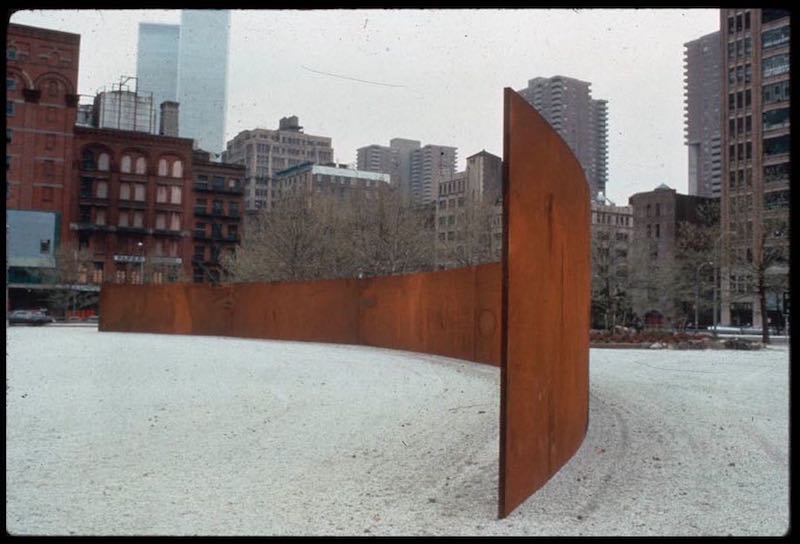 Klassentreffen (One Ton Prop).
She’s saying something about Heidegger, but I scan the room. He chews his lip and looks bored. His hair is short and there’s a mole on his cheek. His knees are at a 35 degree angle from his chest, kept high from the floor through the strength in his arms, which are wrapped around them. By sitting at the very edge of his seat and using the weight of his own body, he also manages to suspend himself from the back of his chair. By being the only thing that is touching his seat, his rear becomes a kind of axis for any movement. And so as he slightly adjusts the placement of his body weight, he rocks back and forth.