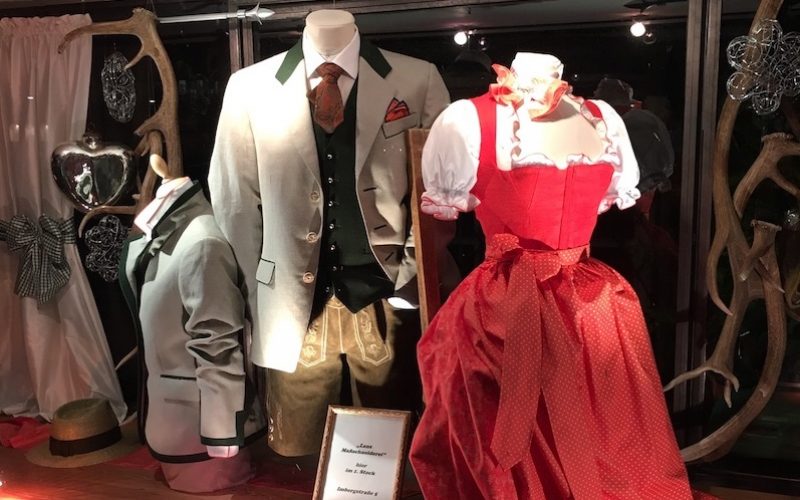 Yesterday, I went to the staff welcome dinner and on my way home I stopped to take a video from the Mozartsteg – a quaint Art Nouveau bridge over the Salzach. I had hoped to post the clip onto Instagram but it was too dark; instead I texted a few friends some nonsensical and grammatically questionable (blame the free wine) first impressions of Salzburg. To one I wrote: “I am becoming charmed,” to another: “If [sic] I’m actually really into this city. Everyone is wearing the fancy outfits.”

By “fancy outfits” I assume I meant dirndl dresses and lederhosen, both of which are traditional folk costumes worn in Austria, South Tyrol and Bavaria. A disclaimer: despite living in Germany for almost eight years, I spent the first four in the Northern City of Hamburg and the last four in Berlin, which lies in the West. The result is that I’m still delighted when I see things that fit into my idea of how German-speaking countries are supposed to be: schnitzel, strudel, mountain views and indiscernible accents. 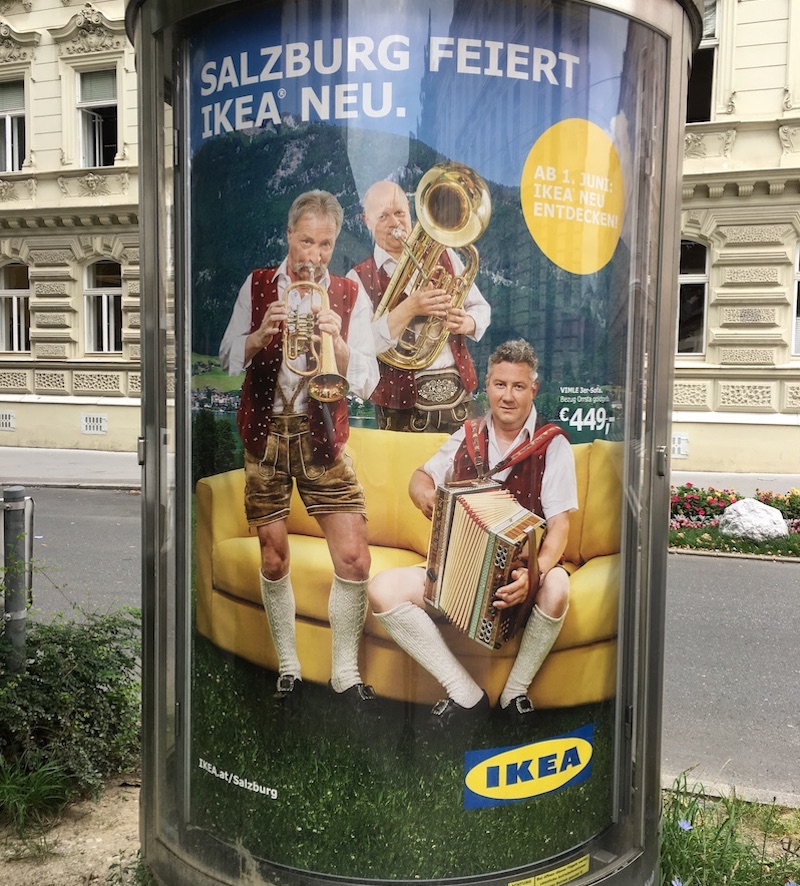 There are other things, though, that I don’t notice anymore. As I walked with Ciara Phillips – who lives in Scotland – from our accommodation to the restaurant, she pointed out the window displays of the shops we passed by. I’m so used to the practice of independent shops in Berlin getting creative with their storefronts – sometimes seasonal (eggs and rabbits at the opticians); sometimes aspirational (man and woman astride a horse at a Turkish wedding shop); and sometimes downright weird (stuffed animals wearing wigs at a hairdressers) – that I didn’t give these shops a second thought.

I was also perplexed by the cars that sped past honking their horns draped in Croatian flags. Where did they all come from? It turns out that there are thousands of Croats in Salzburg – I had no idea; it was the answer to a question that I’d never had to ask before.