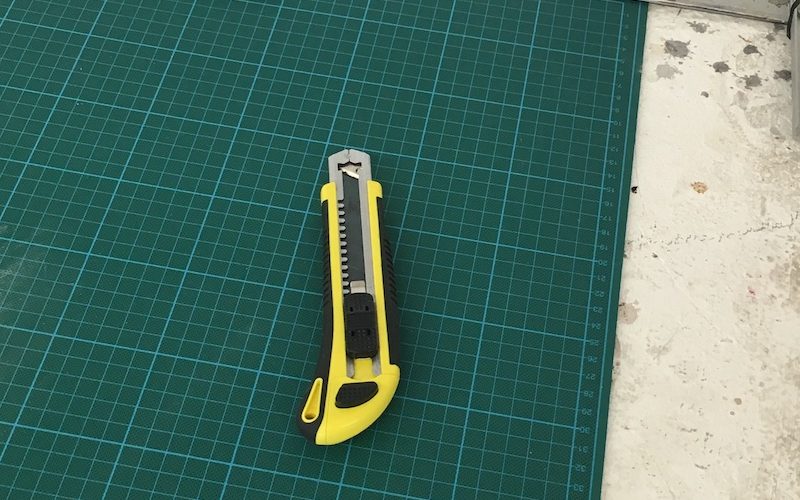 Unsurprisingly, there is a lot of adhesive in Jakob Kolding’s collage class. Most students have a yellow UHU glue stick on their desks, along with a scalpel or a utility knife and a pile of photocopies. Immediately, it strikes me that collage appears to be an incredibly direct method of creating art: a magazine, some backing paper, a pair of scissors and glue are all you need.

After crayon drawings of landscapes (sunny beaches) and portraits (parents, child & dog in front of a house), collage is probably one of the earliest artistic mediums we discover as children. I’m reminded of the mother of a friend of mine who while babysitting her nieces would often let them loose on the floor with pots of PVA glue and photographs she had cut out from fashion magazines. When I praised her creativity she asked simply, “Why do you think all my children are artists?”

That’s not to say that collage is easy and straightforward; on the contrary, using found materials is inherently political. As Jakob points out, when working with found images you’re working with representations of people, things and places, and it’s important to be aware of this if you don’t want to simply reproduce existing structures. Practically, this means that the further you go back into image archives the harder it is to find positive representations of women, to name but one example. Race and class are other unavoidable topics when using found imagery – something that Jakob has faced head-on in works such as Self-Portrait (Middleclass) and Interiors (Men), both works 2017, which turn the gaze inwards onto his own identity as a white, middle class male. 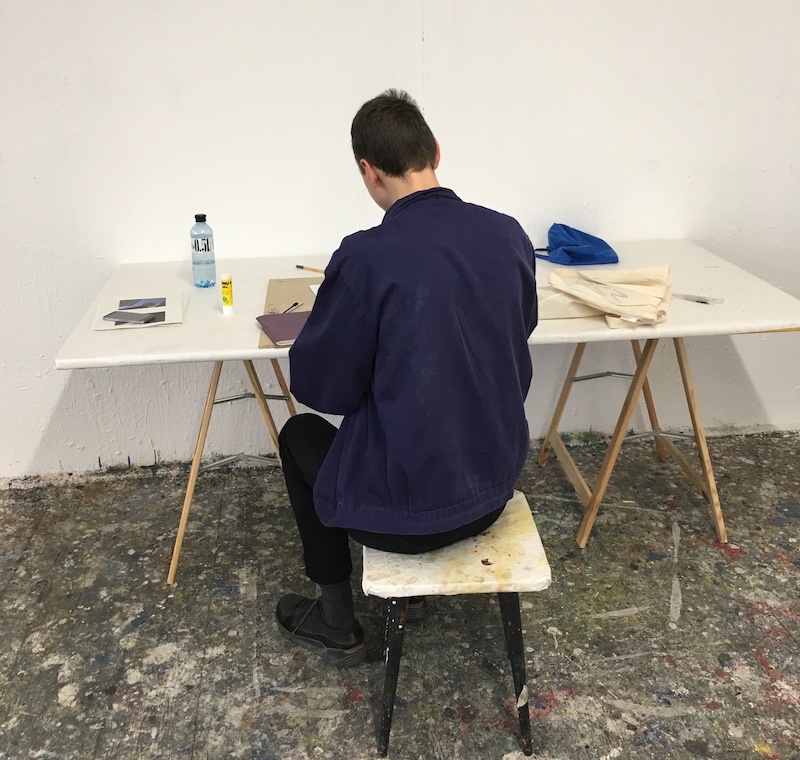 As he stood before the class and scrolled through images of his work from the late-’90s to the present day, it was interesting to observe how Jakob’s pieces became more complex and layered over time – they’re packed full of musical, filmic, literary and historical references, and it’s striking how much knowledge goes into making them. His early works though, often posters, were more direct – one might even say aggressive – in their combinations. They show collage at its most basic: two images from different contexts placed together. As Jakob tells it, two element works “can be very direct,” yet can form, “a complex ambivalence that never settles”.

The best example of this idea in action is no doubt Martha Rosler’s series of Xerox collages “House Beautiful: Bringing the War Home” (1967-72), in which she juxtaposed Time magazine shots of the Vietnam war with photographs taken from home decor magazine House Beautiful. They’re not timeless images (the influence of the once ubiquitous Time has waned significantly since the ’70s), but the series remains one of my favourite works of art because the simplicity of its form is a direct response to the political urgency of its message.