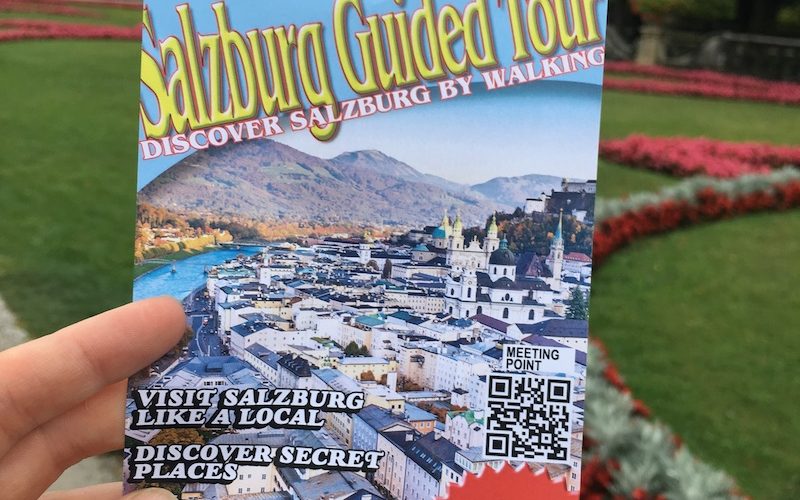 The first artwork we encountered on the city walk was purposely easy to spot: made to mimic the signs that tourist guides use to stand out from the crowd, Rudi Rapf created a semi-functional sculpture made from photographs of arms pointing in all possible directions. For the next hour and a half Rudi was joined by fellow-student Liudmila Kirsanova – who acted as a tour guide for the occasion – as they escorted us around Salzburg’s old town and introduced us to the interventions staged by Tony Chakar’s class to mark the end of their two weeks at the Summer Academy.

After spending lots of time together walking through all the neighbourhoods of Salzburg at the beginning of their course, the class found themselves fascinated by a spot rarely visited by tourists. Described on visit-salzburg.net as: “A shit area of Salzburg, mainly residential” the group decided to bring the Lehen district into the centre of the city by folding the map and superimposing these excluded parts of Salzburg (what they call the “shadowy districts”)  into the historic old town. This interest in playing around with cartography was also evident from the second piece of art we are shown – an intervention into the window display of an old bookshop, which featured – amongst other objects – a map with moveable straps so you can make the city pliable to your demands.

The city walk has a rich and varied history. For instance, the Situationist International developed the idea of the dérive, in which the aim was to take an unplanned stroll within a small group through usually urban terrain to create a kind of “emotional disorientation”. But our stroll through Salzburg reminded me more of an event like Skuptur Projekte Münster, which in the past has been a kind of treasure-hunt through Münster to look for artworks.

As we continued through the streets we were treated to a rap based on a conversation held with a nun from a Salzburg monastery, Zhaoyue Fan gave all the participants a piece of nature that she found in Lehen to keep and Philip Markert and Owen Coolidge gave us a tour within a tour. The latter intervention was low on facts but big on humour as the fortress was reimagined as a palace made of salt where the archbishop lives and mundane observations were passed off as important information: “If you look to your left you’ll see buildings built by builders and occupied by occupants; not to be confused by shop keepers who keep shops.” 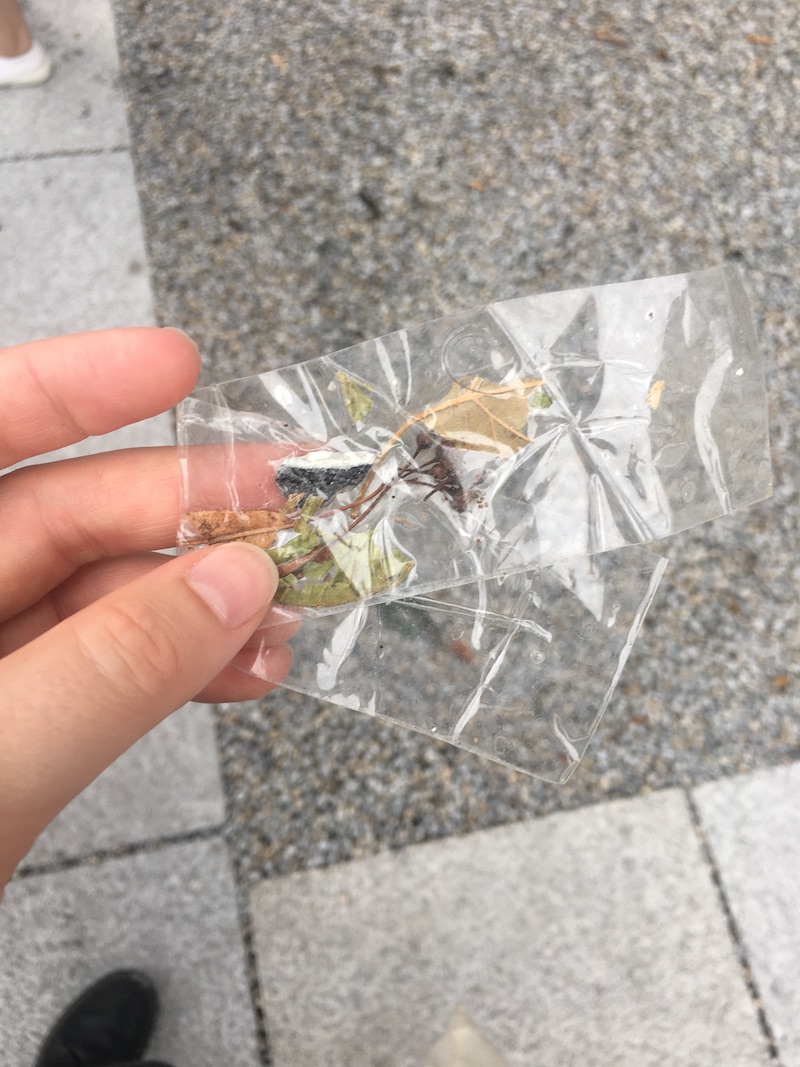 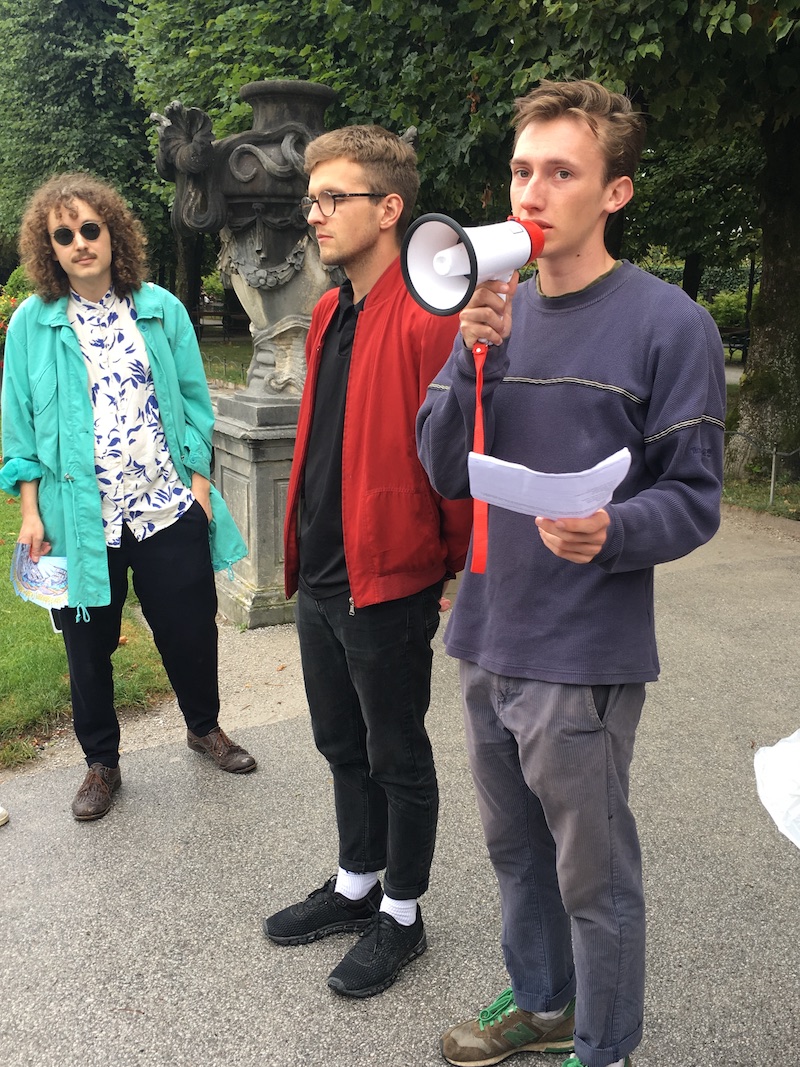 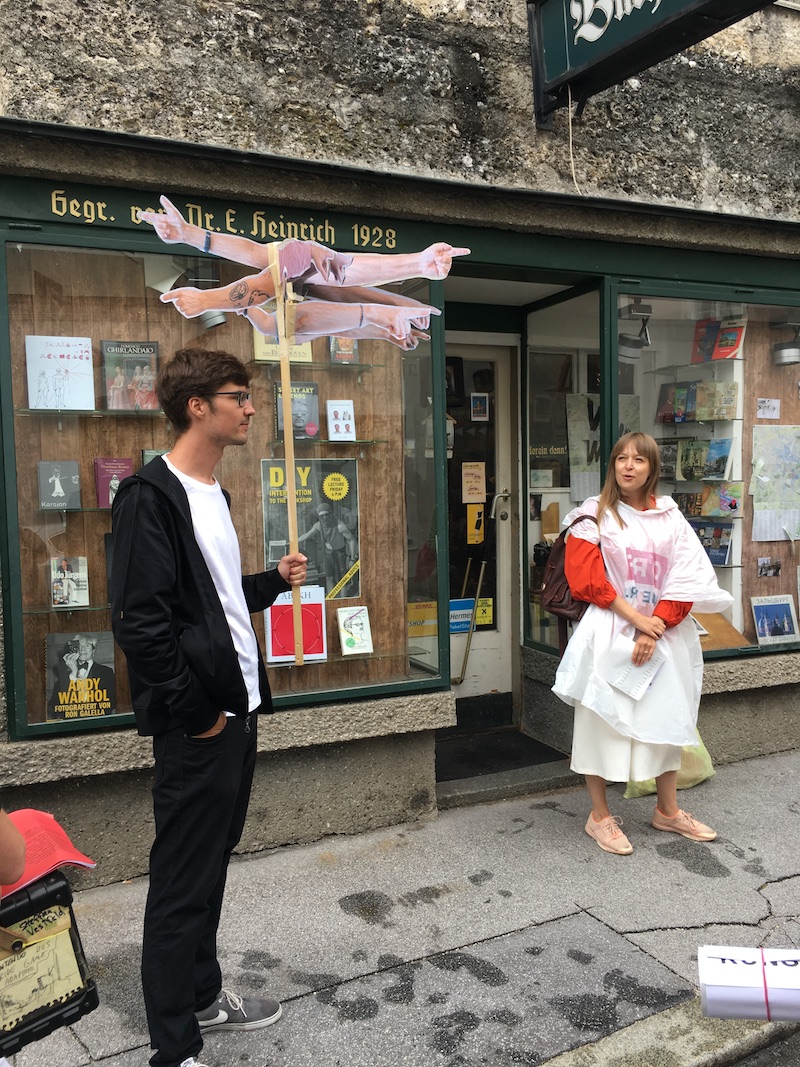 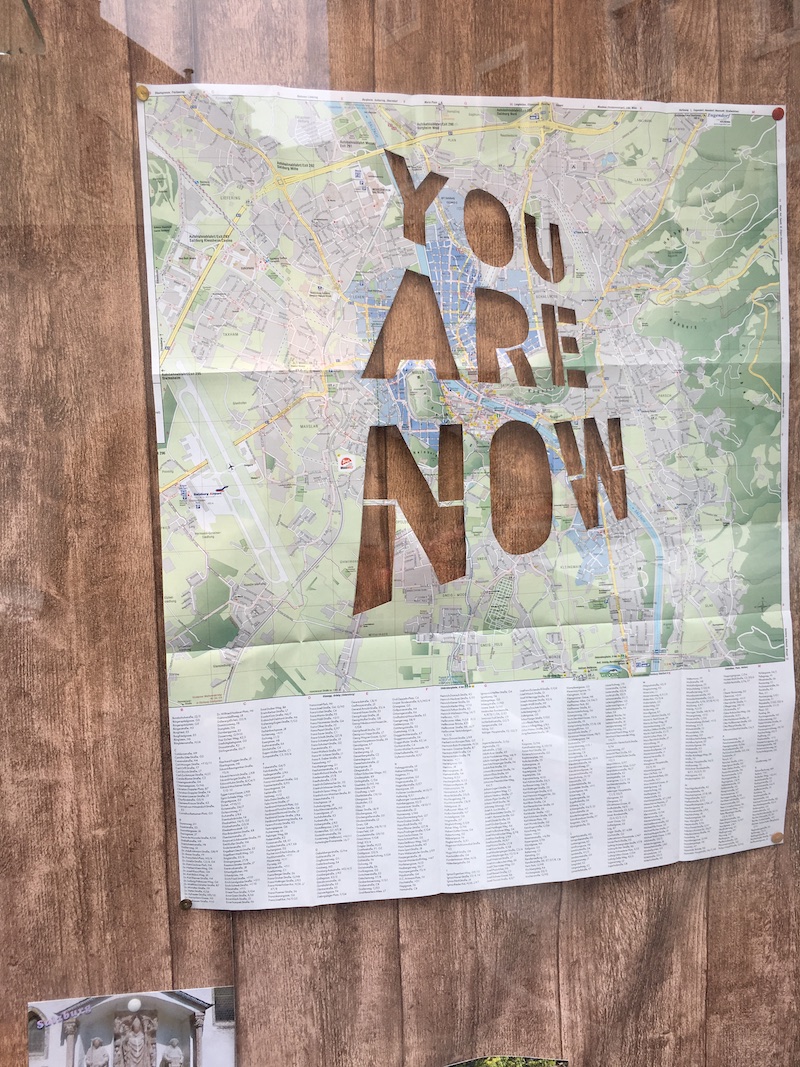