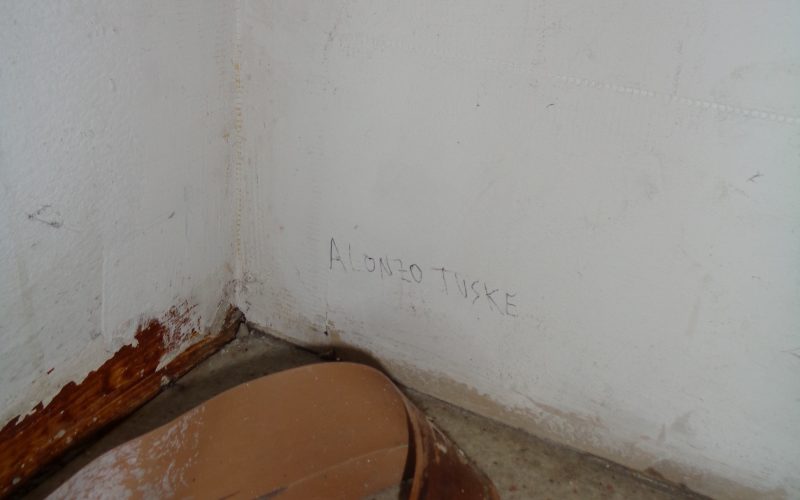 When David Lynch was in Salzburg in 1965, he not only narrowly missed Oskar Kokoschka, but also the Beatles, they were in town in March, to go straight on to Obertauern, where they shot parts of the film “Help”, they were supposed to ski, which of course they couldn’t, but they had doubles for that, they got 1000 shillings each, while their wigs alone cost 25,000 shillings. I’m telling him that while we’re sitting at „Fisch Krieg“. I had suggested the place, I thought the tree growing through the roof would impress him, yes, he said, wonderful, it would be nice if the tree could also lift the place up into the air, that the fish would sit on the branches like birds. But he wanted to know more about the Beatles, what it was like in Salzburg. I said, well, there wasn’t much in the way of documents, at the press conference at the hotel they were asked what they knew about Austria and Mozart, whereupon John Lennon said: “Mozart? Wonderful. How is he?”

Lynch asked me if I knew Alonzo Tuske, I denied, and he told me that Alonzo was proof that bravery makes you lonely, the brave Alonzo stood alone in the midst of 5,000 screaming fans and 200 journalists on the tarmac of New York airport when the Beatles first set foot on American soil on February 7, 1964, Alonzo was carrying a poster that said ALONZO TUSKE HATES THE BEATLES.

I say, that’s strange, because Tuske was apparently also in Salzburg, if you look closely you’ll find his name again and again, for example here in the „Fisch Krieg“ in the toilet, and that I had seen that up in the fortress too.

Lynch is thrilled, we go to the toilet together, I want to show him the writing, and I invite him to come with me to the fortress for another search for clues.

As we say goodbye in front of the fish shop, he tells me about Tuli Kupferberg, the beatnik born in 1923, he also had a special connection to the Beatles, he recorded a record on the cover of which a drawing of the Beatles in front of a kind of agent asks them: “What else do you do?”, in one of Tuli’s songs then the logical counter-question to a well-known song by Paul: “Why don’t we do it in the bed?”

And I told him that in March 2006 the official homepage of the American band Residents, who always put huge papier-mâché eyeballs over their heads during gigs, named their band members “John, Paul, George and Reingold”, thus reviving a speculation from the 70s that the Beatles would hide behind the Residents.

Lynch gave me a farewell question: “Did Alonzo Tuske hate Mozart too?”