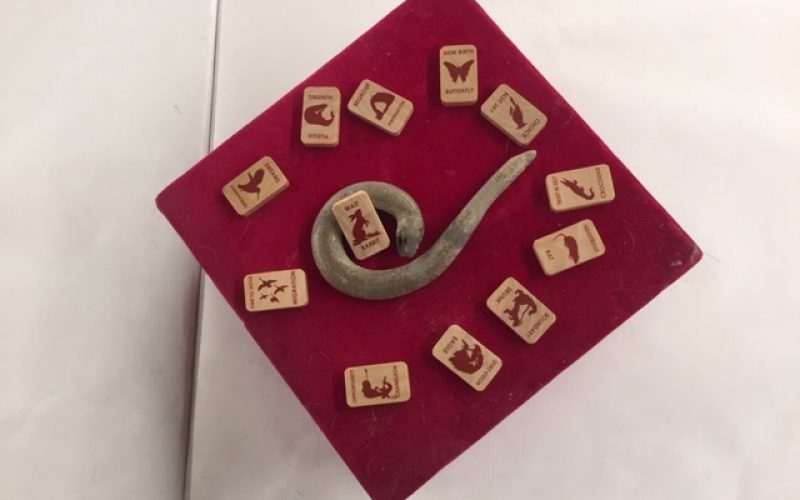 Historically alchemy was considered a science, herbalists were considered witches. Alchemy is the teachings of the elements, somewhere between magic and fact. An alphabet of runes is strewn out in Paulina Ołowska’s class on Painting as Alchemy. A rune ascribes meaning to objects from our natural world. Certain celestial or astral knowledge creates yarns and characters for canvases. Hot horoscopes, emerald tablets, crimson costumes are just a few examples. Painting is still modern-day sorcery.

It smells like turpentine. Paulina Ołowska’s class is rocking painter fashions. A former editor for Vogue, Poland, she was listed as one of 25 geniuses to watch in the NY Times next to Michelle Obama and Lady Gaga. The paintress dons a colorful robe. Another source of inspiration, her co-teachers, Jerzy Lisak and Ksenia Gryckiewicz wear white lab-coat-like smocks, their names laboriously embroidered in red thread on the front. “Alchemy in painting means there is a symbolic role to techniques, your soul, the energy, and aura”, says Gryckiewicz. In painting, ritual and physical work are combined. Brian Eno’s soundtrack creates a deeply spiritual environment of devotion to painting, pigment, and models.

Henrik & Toma are models. They hop over each other. Their fur is white and grey and very fluffy. As runes, the rabbit is representative of fertility and escape. 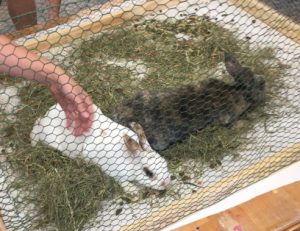 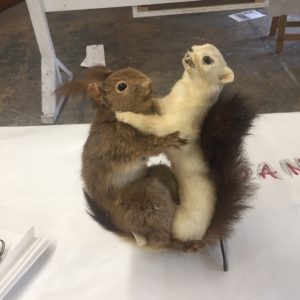 Other models include the luxurious robes from the Salzburger Festspiele costume cabinet. So heavy they have to be installed by metal chains. The folds of red fabric drip like a weighty, ripe fruit from the ceiling. “We went from studying an egg to studying taxidermy animals, then real forms animal and human. It gives you a feeling of how everything is connected,” Ołowska describes the methods used in the class. There is a tradition of costume-design as a study for a painting. Brush-work is about creating meanings and clothing plays a significant role. The Salzburger Festspiele make a cameo. “In many paintings, the costume is a part of the representation of the figure. We are a figurative class.” 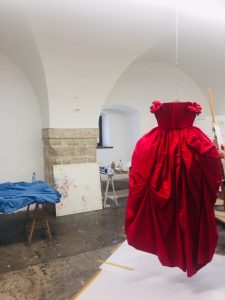 DIY demos show how to mix paints. The classroom transforms into a potions lab. There is a buffet of rabbit glue, vinegar, and oil on the table. Fine champagne chalk is being mixed to paint on a mirror turned palette. An excellent choice when trying to depict fogs or the body’s sheen. Thick impasto or a shiny glaze, this is sustainable paints 101. Egg tempera and pigments in Alizarin crimson, terra cottas, ultramarine blue, the poetry of materials is mystical.

Alchemy on a symbolic level creates codes. There is a sense that painting, on one hand, establishes codes and on the other, decodes. Color can hide a secret message. Hidden representations are both political and cultural. Astrology provides a key to hack the scenography of painting. Visiting guest all the way from Serbia, Milos Musicki, a professional astrologist with a wide following on Instagram gives a four-hour theory seminar on moon-power, mercury-in-retrograde, and ferocious mars. The archetypes of Western alchemy are inspirations for the narratives of paintings. “Painting is so many choices”, Paulina Ołowska says. What does it mean to paint an icon or to create a fresco? 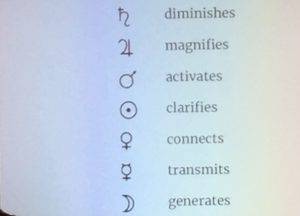 There is a kind of secular return to the spiritual when it comes to questioning the whole process of painting. The painter’s kitchen is more akin to paganism and witchcraft. The cuisine of painting, the mixing, and the making, this experimentation is a gift. “How do you twist it is the challenge”, says Paulina Ołowska. In German, the word “gift” means “poison” or “potion”, in English, it means “present” or “gesture”. In our digital world, these ancient technologies still generate aura. 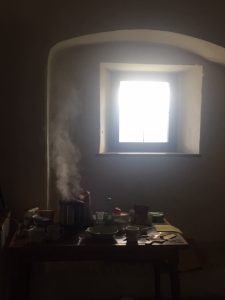