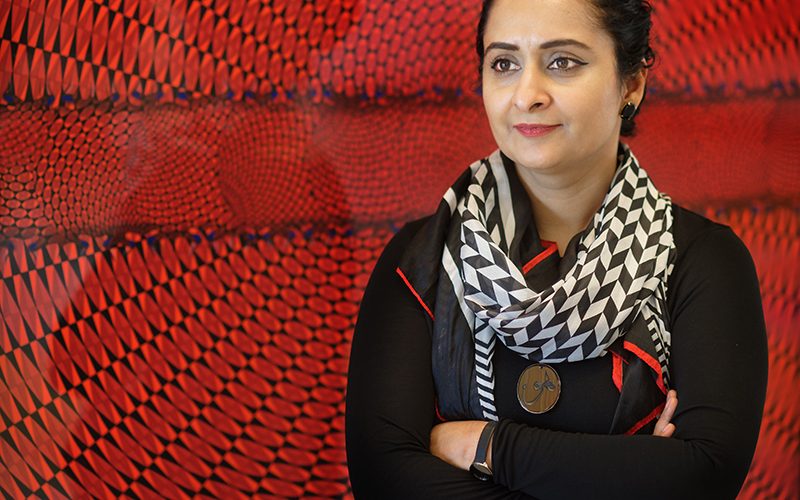 A short interview with… Aisha Khalid

Aisha Khalid: It’s a water based medium and usually we use natural pigments … there are on the one hand several things involved in this technique like paper making, brush making, colour mixing etc. and on the other hand the whole way of looking at things in miniature painting is different.

Actually it’s a traditional technique and very near to my nature of working. This is not just technique but the whole way of working in which we sit on the floor and mainly do everything in that position. It is a very meditative process of painting where one can spend hours on one surface as it is very calming and peaceful. I love this process and I get everything from the process.

I am a traditionally trained miniature painter and with this background I am working as an independent artist for the last 25 years. The wish to thread the thin line between the demands of the discipline and to break away from conventionalities of the discipline has been the focus of my initial work. 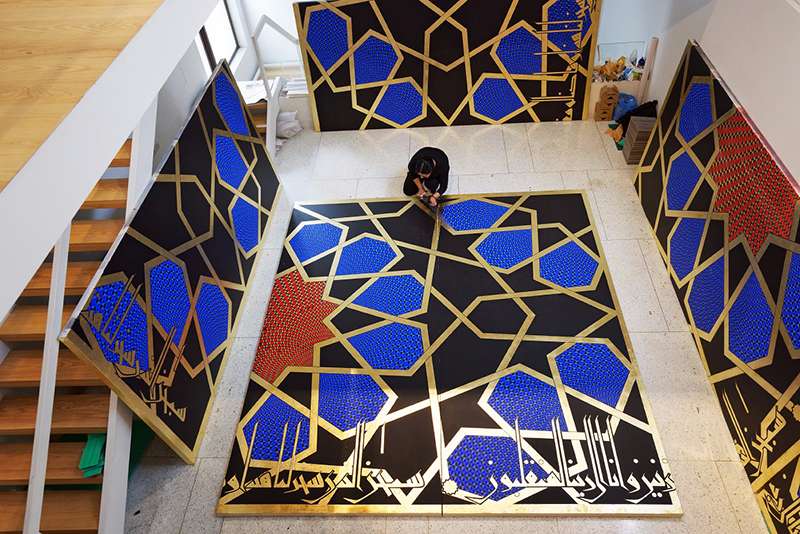 S: What is your contemporary approach to this traditional technique?

A: I believe tradition is not a static form it’s something which evolves with the time. I take this technique and and have been evolving it from small scale paintings and books and albums to a large scale works and from two dimensional to three dimensional sculptures to four dimensional site-specific installations in architectural spaces in different countries.  So I don’t see any limitation in this technique just because it’s coming from a traditional background.

Now I am more engaged with the forms and its relationship with mechanical/geometrical patterns, division and transformation of space within a multilayered approach. I am more playing with form and space and it’s more personalised as well as political.

I wanted to share my own artistic, practice and experiences with this technique where I am doing contemporary paintings on traditional surface and medium, but the size of these paintings is no more miniature they are 4×8 feet large scale with the same minute details. I am also working with the same medium on site-specific installations, where I am dealing with architectural space. Also the city scape of Kabul became part of my work (done with same technique of miniature painting), there this two dimensional technique became interactive, and the audience saw themselves in the mirror with painted images of vortex which became a wound on their own bodies. 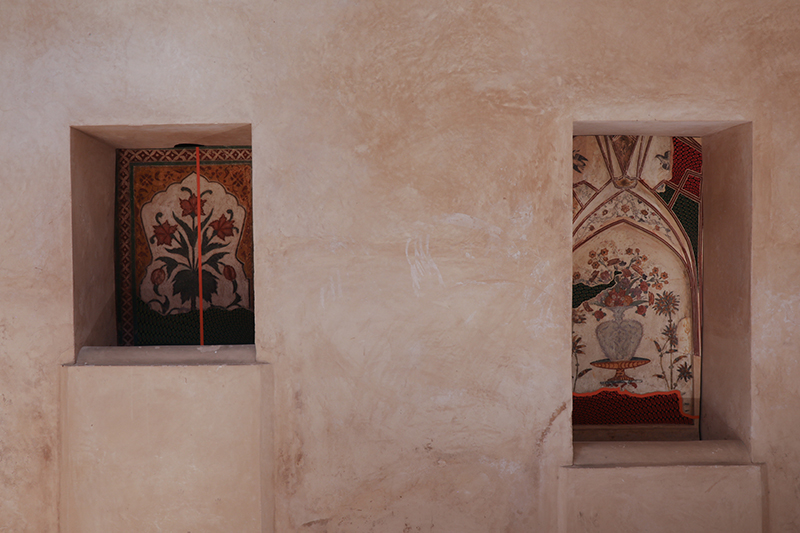 Aisha Khalid, More beautiful for having been broken , installation view, 2018, gouache and digital print on paper

S: What is the special thing about the Salzburg Summer Academy for you? What do you like about it?

A: I like the idea of the Summer Academy, especially I like that students and teachers are from diverse backgrounds and from different countries, it is a quite international place so students can get exposure. I think the duration of courses and the time when it happened is a great opportunity for those who can not afford to spend more time outside there homes or studios.

I also like the idea of having this academy in an old fortress. This city has so many beautiful museums and galleries and historical references, the richness of the culture of this city fascinates me.